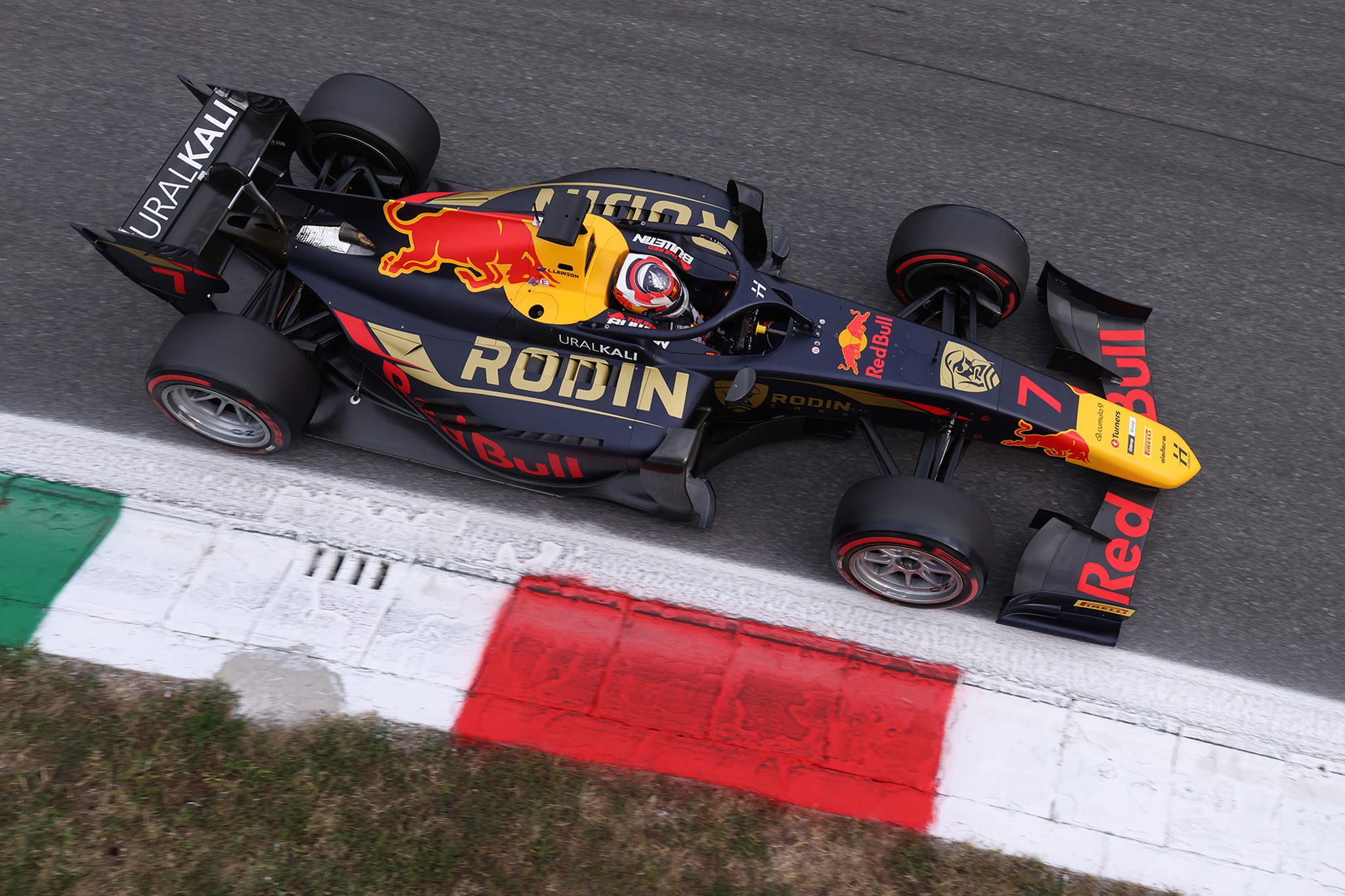 By Michael PriceSeptember 13, 2021No Comments

Liam Lawson was on target to score his best round in the FIA Formula 2 championship when a bizarre incident ground his Red Bull-Rodin car to a halt at Monza, just as he was about to unleash a charge on the leaders.

The 19-year-old F2 rookie had saved the life of his tyres for most of the feature race when a ball of rubber flicked up off the surface of the race track struck an external fire extinguisher switch and set it off.

“All of a sudden I felt a cold sensation and immediately my whole visor went white with extinguisher stuff. I couldn’t breathe for a couple of seconds because it was in my helmet, it was everywhere and I had know idea what was going on,” said Lawson.

At the time, on lap 22 of 30, Lawson was about to pass Race 2 winner Jehan Daruvala when the incident happened.

“I lost all power, I couldn’t change down. The scariest part is I couldn’t see, I didn’t know where to pull over. I didn’t know if I was heading for the wall or the grass, or another car. I was just trying to keep the thing straight and stop somewhere.

“When I stopped I pulled off a tear-off [from his helmet] and worked out where I was.”

Starting from P4 Lawson had climbed to second place over the early laps when he followed eventual race winner Oscar Piastri into the pits for their compulsory stops. Unfortunately, Lawson lost a few places during the pit stop and came out in 5th place.

“I decided at that point to sit in that position and save the tyres. The guys in front of me were pushing really, really hard and I used them for a tow to stay with them. And literally as they started to struggle I decided to push, exactly on that lap and that’s when the extinguisher went off, as I was about to pass Jehan.”

The only consolation for Lawson was he set the fastest lap of the race.

In the first race of the weekend, Lawson went from P7 to P4 before falling to 19th after an incident with young Frenchman Theo Pourchaire. This forced him to the pits for repairs before the young Kiwi climbed all the way back to a remarkable 5th at the finish.

“I think we had the potential to be on the podium in that race or to be fighting for the win so I am pretty disappointed, and at the same time, pretty angry about the incident that happened with Pourchaire. For me, it’s pretty unacceptable.

“Unfortunately, I don’t have an onboard [camera] and on the TV cameras, you cannot really see what happened, but it’s disappointing to get brake checked on the exit of a corner like that. It damaged my wing, and he was very, very lucky to be able to continue without a puncture,” explained Lawson.

In Race 2 Lawson claimed a fourth place, and that combined with fifth in Race 1, had set him up for a good points haul over the weekend before the drama struck in the final race.

In a fortnight’s time the FIA F2 championship moves to Sochi, Russia but next weekend Lawson is back driving his Ferrari 488 GT3 Evo in the DTM championship in Assen, The Netherlands. 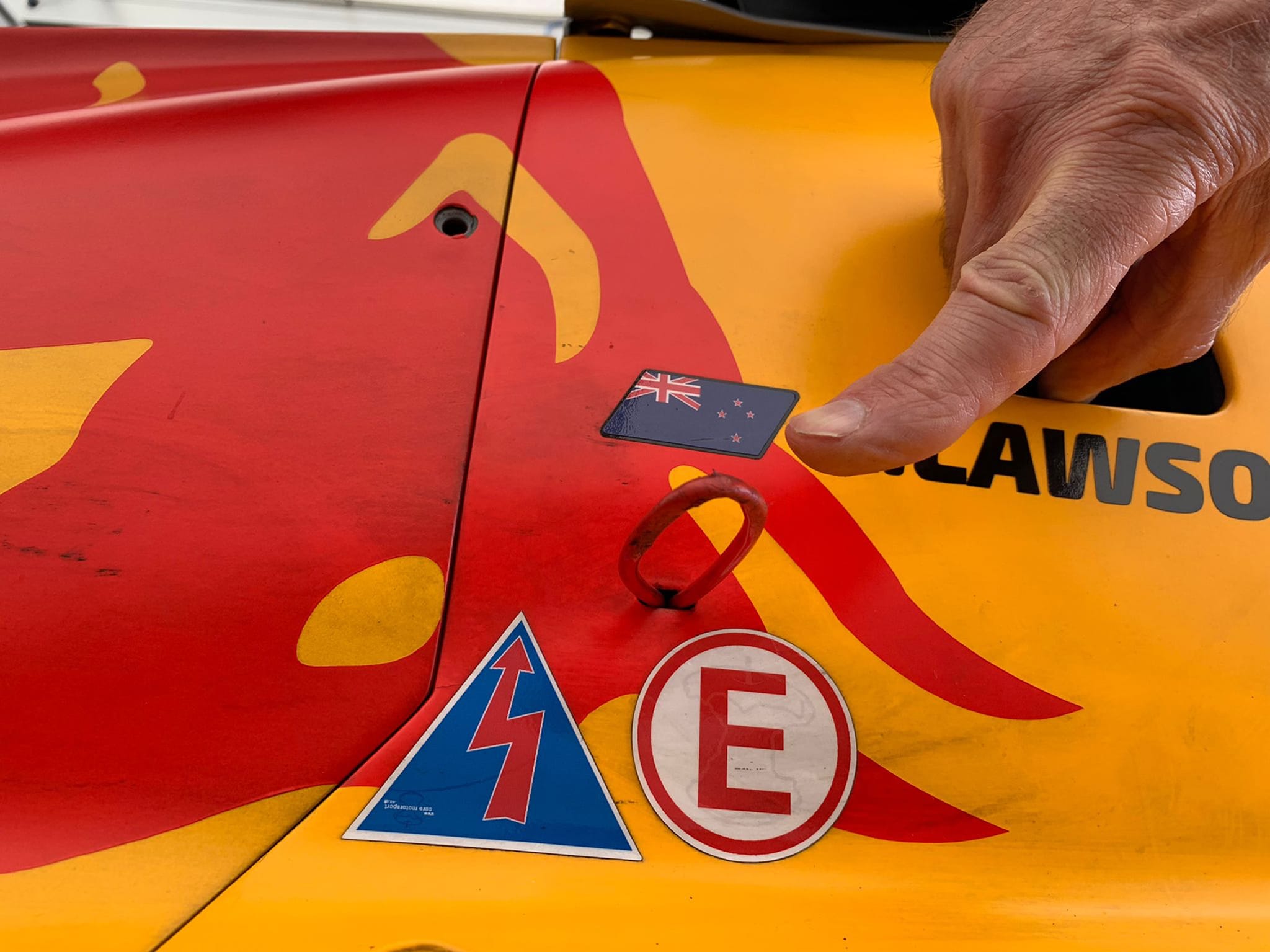