Standing on the track at Bahrain holding the winners trophy, celebrating a debut win of the first race of the season, was the perfect way to start racing in Formula 2. But it’s a feat he has achieved a remarkable 8 times out of 9 when racing on debut in a new type of car.

The desire to race a single-seater car at the highest level is sparked from the moment he first drove a kart at his local Mt Wellington kart track in Auckland. Liam has desired nothing else but to race fast, and win.

He won races on debut in Formula First and Formula Ford, in which he won 15 of 15 championship races.

At 15 years of age Liam had reached the limit of Formula racing in New Zealand, so to continue an upward career he needed to race in Australia. Luckily the age limit there was 15 for Formula 4, so two months after his birthday he raced in Australia. He won on debut.

Once he was 16 year old he could move to Europe and race in European single-seater competition. Leaving his native New Zealand to live in the Netherlands, Liam had success in ADAC F4 – vice champion – and the following year moved to England, where he now resides. From there he raced in dual championships in the same year, EFO (Formula 3) and the new FIA F3.

Twice when he returned home for the European off-season Liam raced in New Zealand’s Toyota Racing Series. A winner on debut and series champion in 2019. The following year he placed 2nd in the series on the debut of a new racing car.

Announced as a Red Bull Junior Driver on his 17th birthday, Liam has raced in Europe with Red Bull backing in EFO, FIA F3 and now FIA F2.

Liam won the NZ Formula Ford (F1600) championship with a near perfect record. From 15 races he took 15 pole positions, 15 fastest laps and 14 victories. At the time, 2015, he became the youngest Formula Ford champion in the world.

Top of the World! Liam has been rated by Driver Database.com from global results as the Best Driver in the World by Age for three years running. He was named the Top 16, Top 17 and Top 18 year-old based on global results for each calendar year. 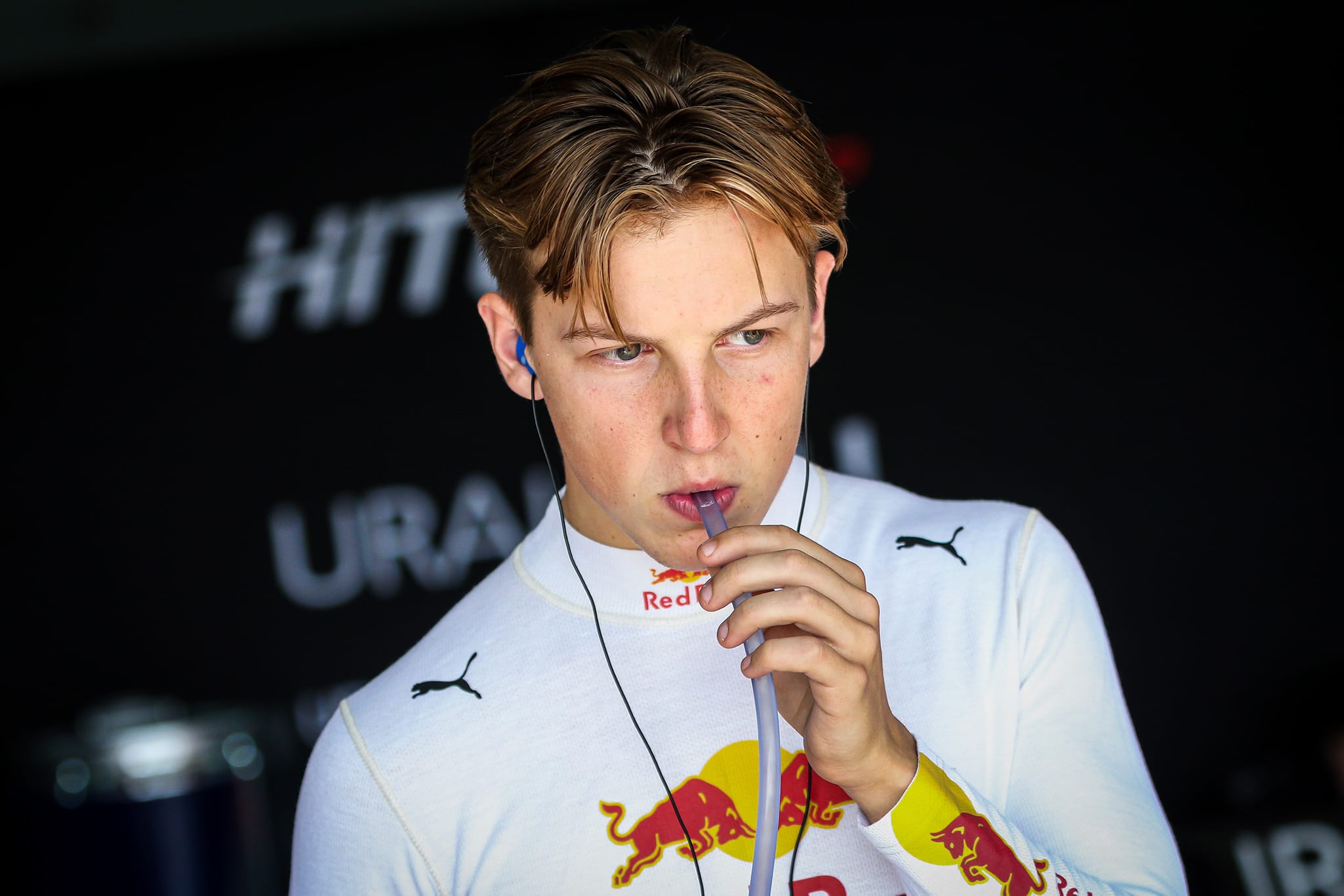 For the second time in his racing career Liam has a dual championship programme, but this time it's in two completely different cars. The focus is on the single-seater FIA F2 Championship. Liam graduated with the Hitech GP team from F3 to drive the Red Bull-Rodin Cars #7. Alongside F2, Liam races a Red Bull-backed Ferrari 488 GT3 sports car in the DTM Championship. 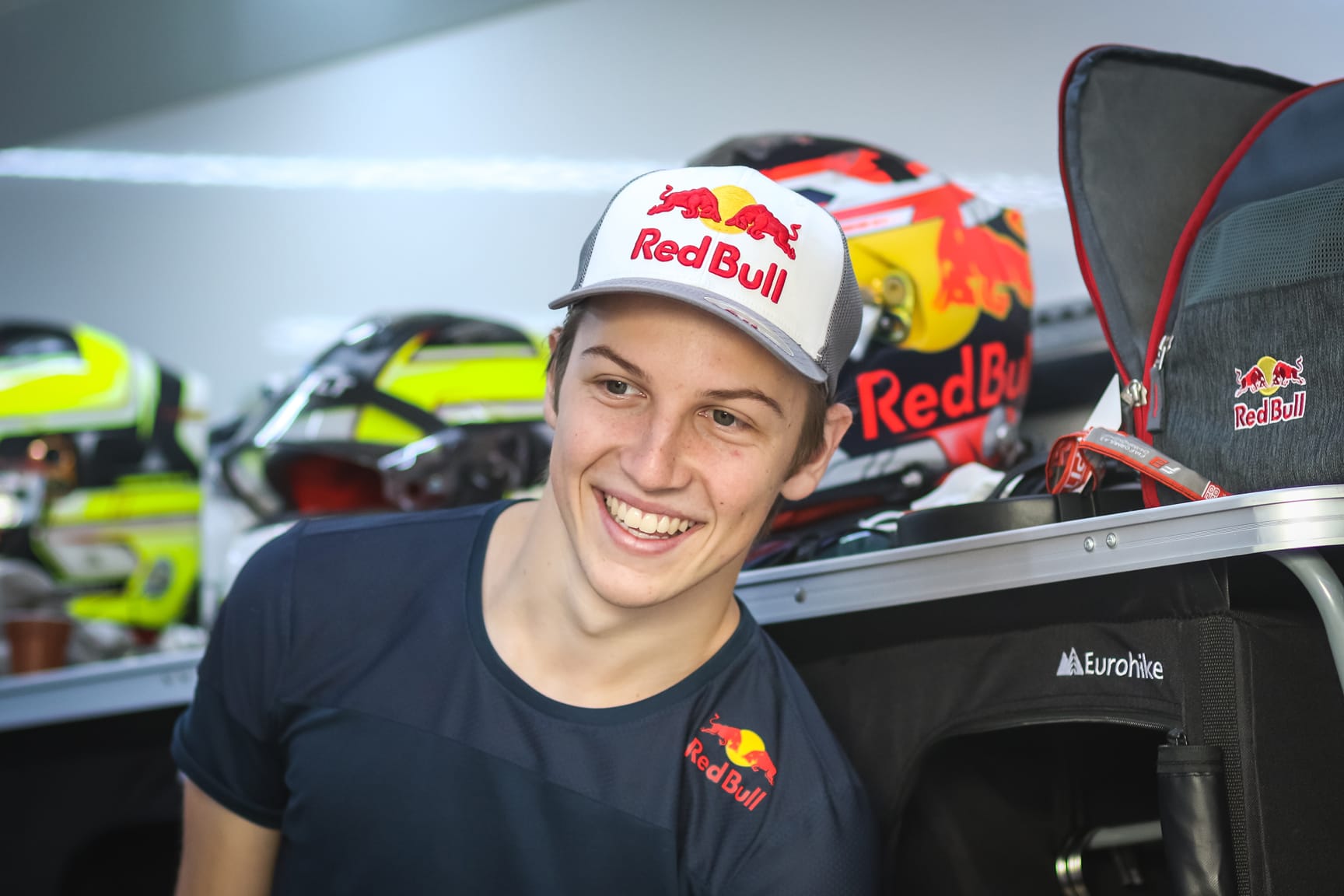 The 2020 season began by contesting the Toyota Racing Series. An engine failure robbed him of back-to-back championship titles however he took 5 wins and 10 podiums from 15 races to finish 2nd. Then to Europe where he raced for Hitech GP in FIA F3, taking 3 wins and 6 podiums. He returned home and made his saloon car racing debut in the NZ Endurance Championship driving an Audi R8. 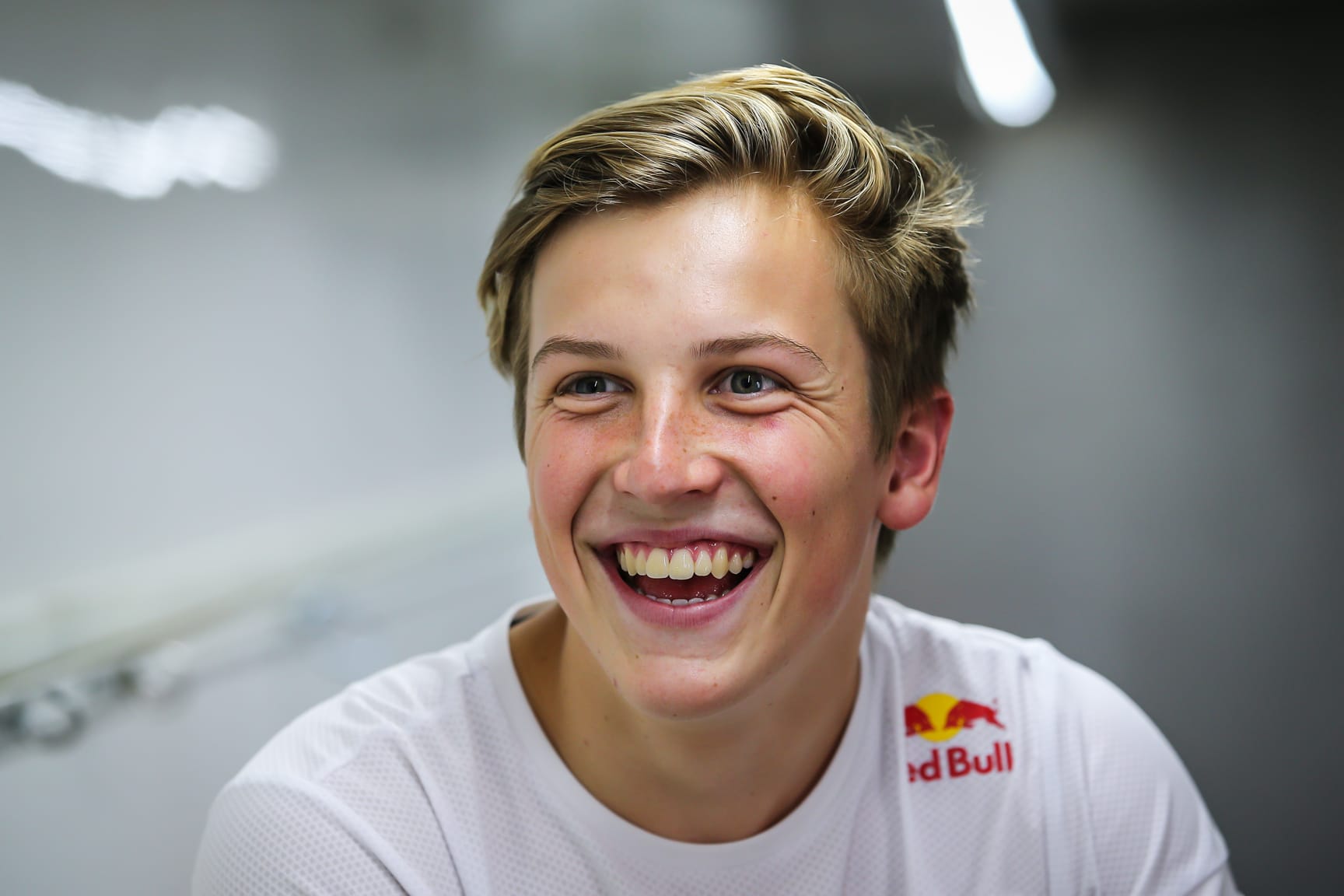 The year began in winning style with victory in the New Zealand Grand Prix and champion of the Toyota Racing Series. A dual campaign followed in Europe, where Liam raced in both Euroformula Open (EFO) and in the new halo-shod FIA F3 car. Despite missing two rounds Liam finished runner-up in EFO and scored 2 podiums in FIA F3 as the youngest driver in the field. 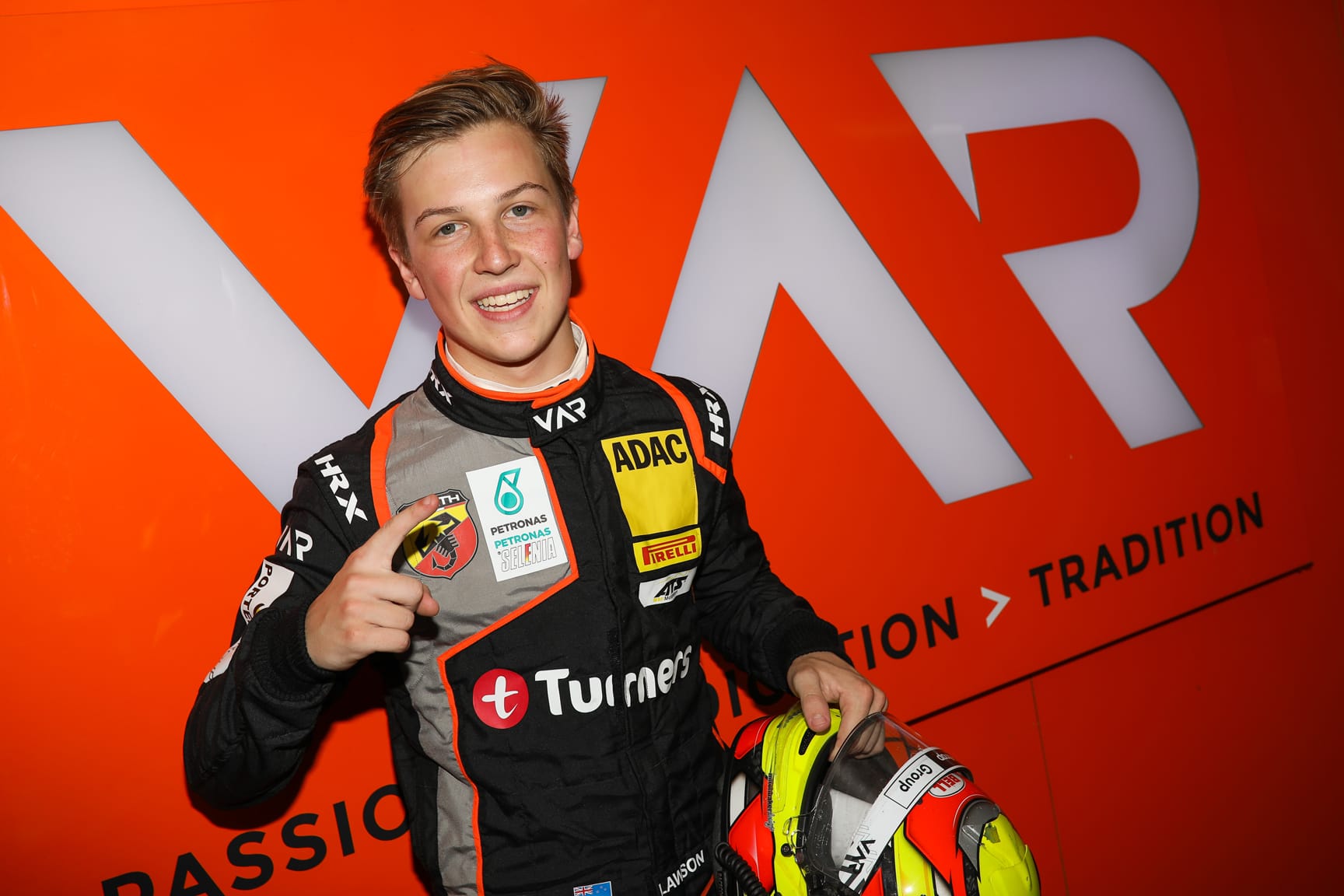 Liam made his European racing debut in the ADAC Formula 4 series in Germany, arguably the most competitive F4 championship in the world. Racing for Van Amersfoort Racing he scored a podium on debut and finished runner-up for the season and top rookie driver. At the end of the year Liam made a one-off appearance in the Asian F3 championship taking a clean-sweep of poles and 3 race wins. 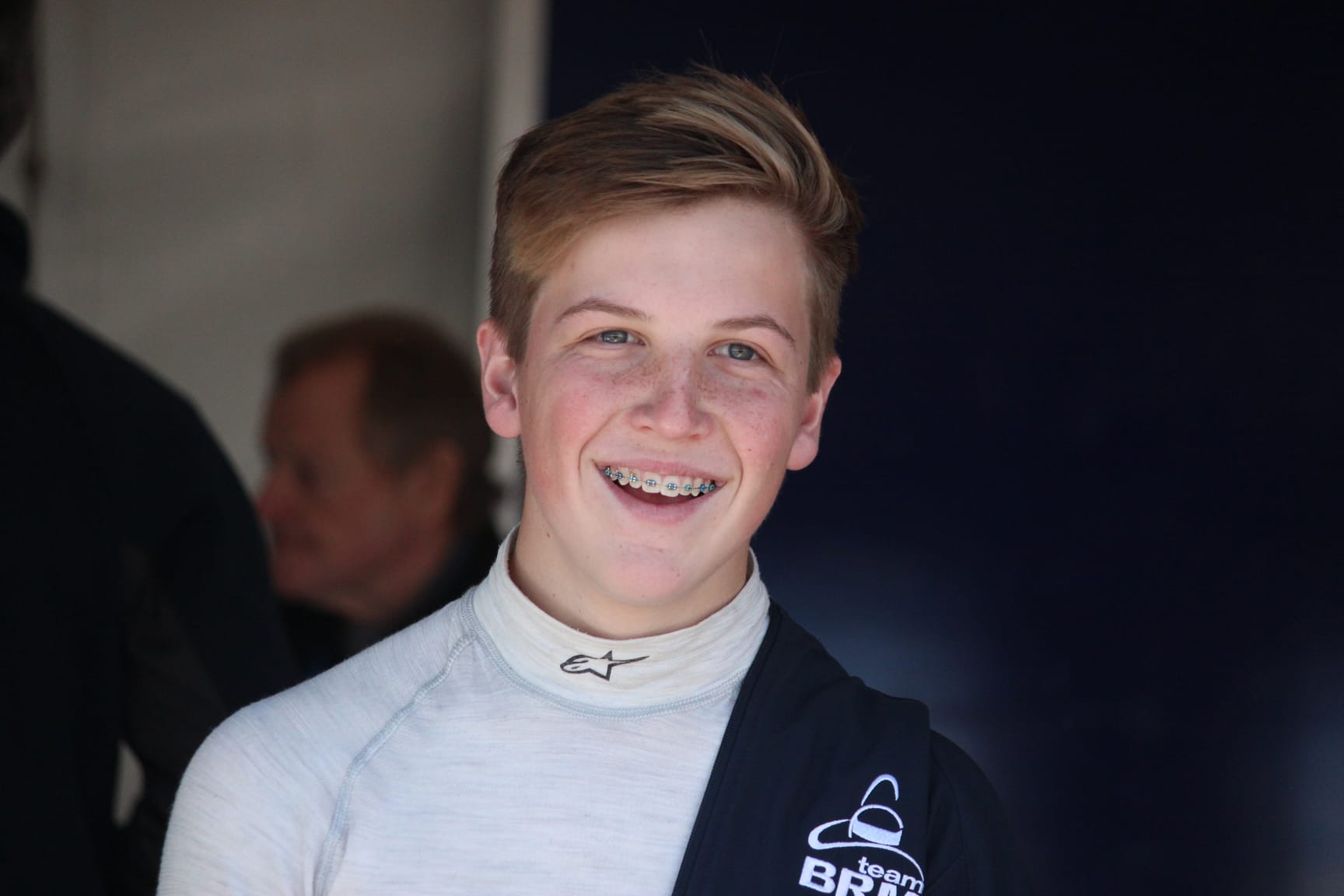 Liam made a last minute entry in Australian Formula 4 and surprised by winning on debut. He led the series over the early rounds before car issues slowed his progress. A stunning final round of the streets of Surfers Paradise lifted him back to 2nd in the championship, top rookie with 15 podiums and 5 wins from 21 races. 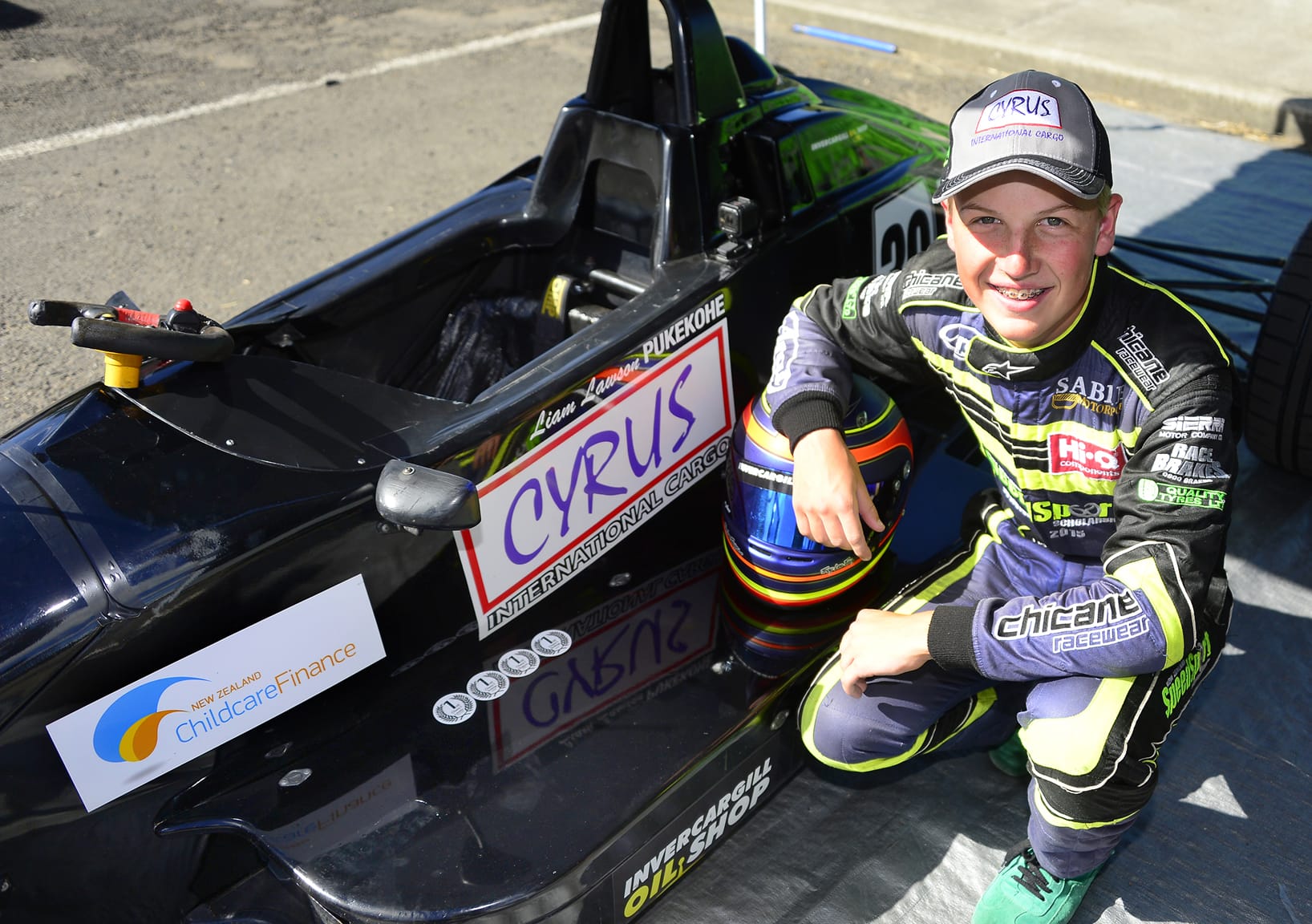 A sensational Formula Ford campaign. Liam clinched the championship on his 15th birthday with 14 wins - and a 2nd place - from 15 poles over 15 races. He also contested the South Island series to claim a total of 20 race wins from 22 races with one DNF due to an engine failure. At the time he became the youngest-ever Formula Ford champion in the world! 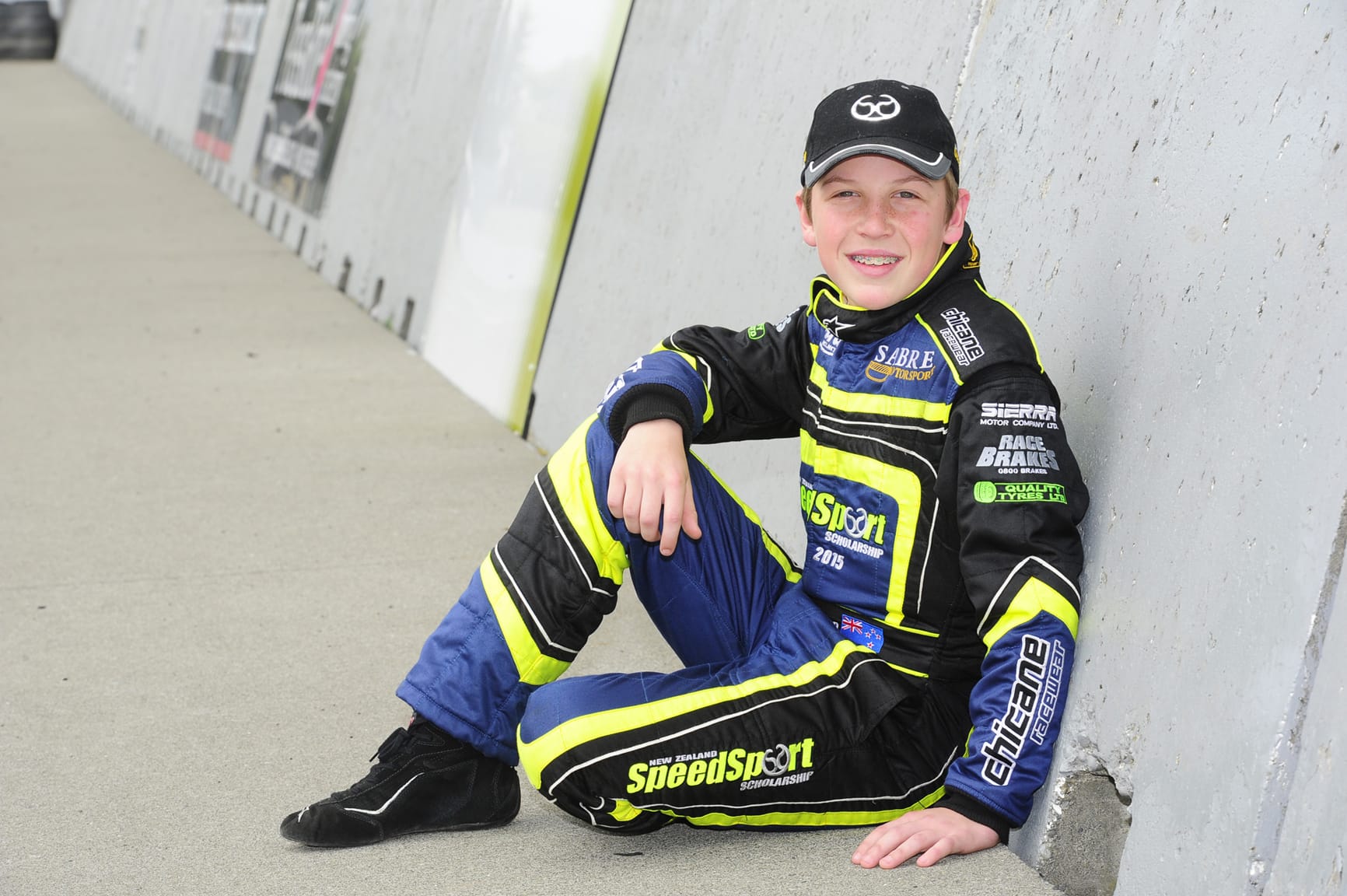 Liam's debut to car racing from karting came after he won the SpeedSport Scholarship, New Zealand's longest running and most successful young driver development programme. Following in the footsteps of the likes of Shane van Gisbergen, Nick Cassidy and Richie Stanaway. Liam won on debut and took out the Rookie of The Year title with 6th overall.