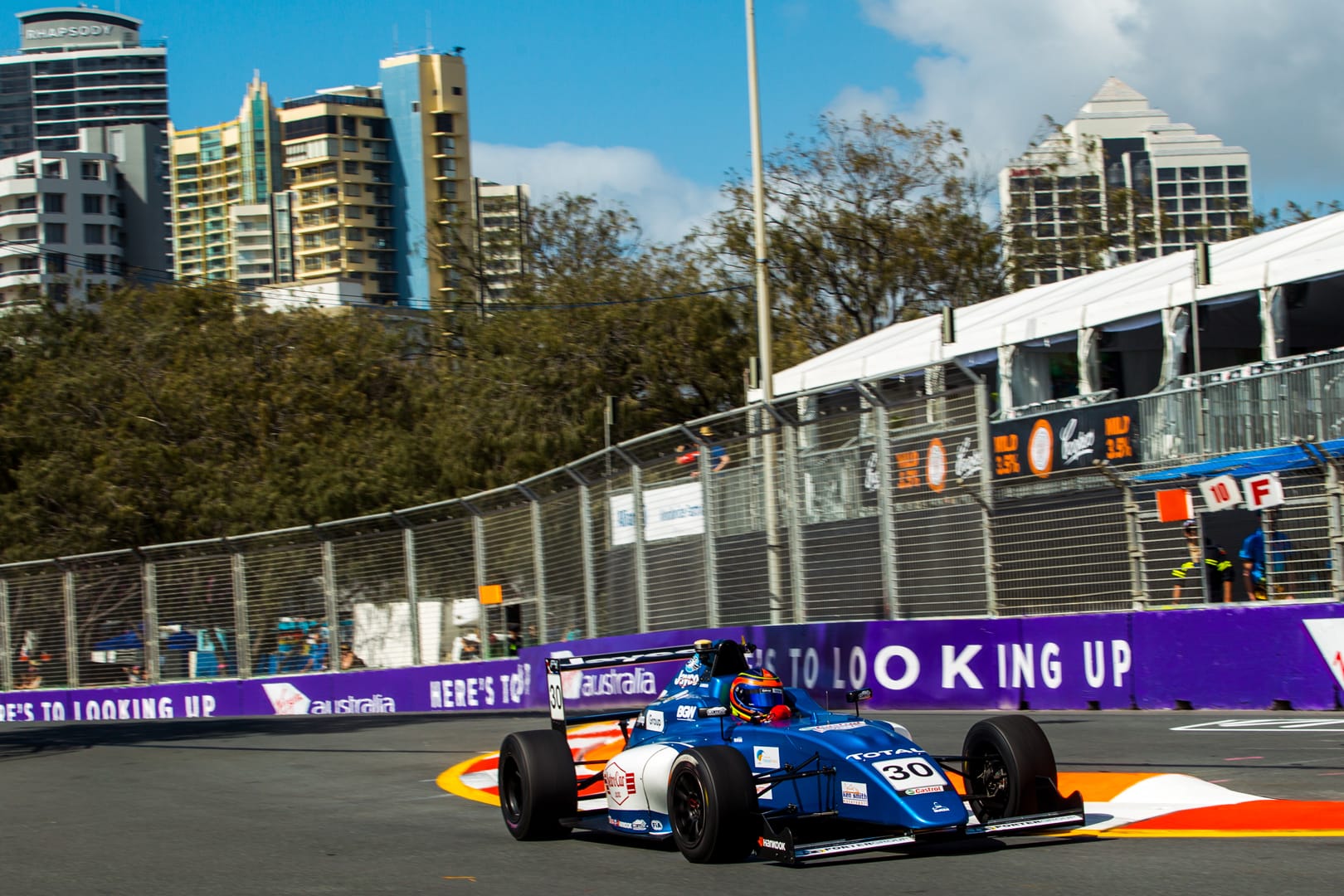 Lawson shines on the Gold Coast

Pukekohe teenage racer Liam Lawson put on a sizzling display on the streets of the Gold Coast to win two Formula 4 races and clinch second place in the Australian championship.

Masterful in wet conditions, Lawson shot from his fourth place qualifying to convincingly win a rain-soaked opening race, and then took another victory by out-driving new F4 champion Nick Rowe over the closing laps of the last race.

A charge back through the field to fourth place in the other race of the weekend, also held in the rain, demonstrated Lawson’s dominance over the rest of the field on the wet track conditions.

But Lawson was lucky to even make it to the Gold Coast for the final round of the championship.

A week beforehand he was resigned to not being able to make the starting grid, because of a budget shortfall.

However, additional support at the eleventh-hour from some of his loyal supporters allowed Lawson to contest the last three races of the championship, which supported the V8 Supercars.

Collecting two race wins enough to also lift him from third to second in the championship.

“I honestly thought we weren’t going to make it [to the Gold Coast]. I thought I’d be watching it all on TV. I was only sure three days before I flew out!

“So to come here and win two of the three races and secure 2nd in the championship was a fantastic result for everyone who made not just the season, but this last round possible.

“To finish off the year with a win is really awesome.”

Lawson led the seven-round championship to the mid-season break, but struggled in later rounds and that handed the lead over to Rowe.

“We came into this weekend, after the last half of the year not going so well, and wanted to finish off with a good round.” said Lawson.

“I’ve been praying for rain all year and it finally came, unexpectedly on the Gold Coast!

While the street circuit was hammered with rain for most of Saturday, the racing on Sunday was held in sunny weather.

“From Friday practice we were a bit off the pace [in dry conditions] so made some radical changes going into the last race and they really worked.”

The 15-year-old has been motor racing for less than three years, and in that time has won the SpeedSport Scholarship and driven Formula First, won the New Zealand Formula Ford title last summer with 14 wins from 15 races, and has now finished runner-up on his international debut.

Lawson is the first international driver to contest the Australian Formula 4 championship, which now ranks as the entry category on the new FIA ‘ladder’ to Formula One.

After Formula 4, drivers progress to Formula 3 and then onto the re-branded Formula 2 category before they can reach the pinnacle of the sport.