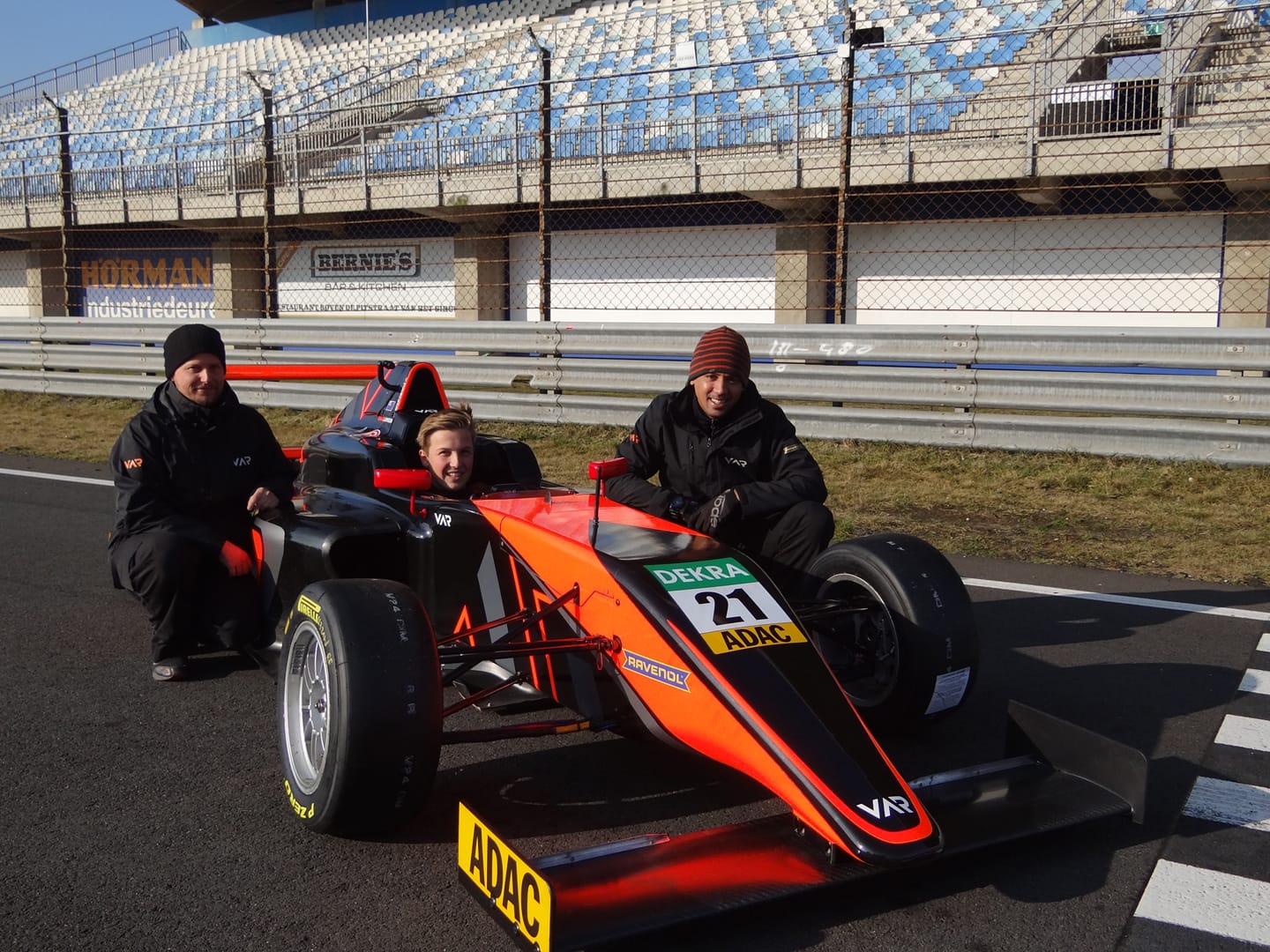 Liam Lawson will take part in the start of official testing this weekend for the German Formula 4 championship, after signing a deal to drive with top European team Van Amersfoort Racing.

The just turned 16-year-old arrived back in Holland earlier this week, in time to start the pre-season test programme which begins at the Lausitzring circuit tomorrow.

Over the next two weeks, all of the Formula 4 teams will test at three of the tracks to be used in the 7-round championship, including Hockeheim, where they will appear in support of Formula One.

Lawson, who previously won the NZ F1600 championship and then last year finished runner-up in  Australian Formula 4, is excited about his entry into European competition.

“Ever since I was very young I’ve dreamed of racing in Europe and aiming to get to Formula One, so this is the very first step. It really is a dream come true,” said Lawson.

He is under no illusion of just how difficult his task will be to get to the pinnacle of open-wheel racing, however the young Kiwi driver is heartened by the news that Brendon Hartley is driving for Toro Rosso in F1 this season.

“What Brendon has achieved gives young drivers like me hope that it is possible, although very difficult.

“I just have to focus on the opportunity I have in front of me right now, make the most of it and hope that it then leads into the next step up the ladder,” he added.

At the Hockenheim round on July 22, Lawson is looking forward to being at the same event as Hartley.

“That’ll be one of the highlight rounds of the season. To be racing at Hockenheim on the same programme as Brendon is going to be exciting. Two Kiwis racing at the German Grand Prix,” added Lawson.

Jeroen de Jong, team manager of VAR’s Formula 4 team was impressed with Lawson at a test in late February and is pleased he is joining the team for the German series, regarded as the most competitive in the world.

“If a young race driver is willing to move to the other side of the world for his sport, it gives a clear indication about his inner drive.

“Liam has left a good impression during our F4 winter tests. We will help him with all we have to get used to the European circuits and driving style as soon as possible.”

The first round of the championship is at Oschersleben in four weeks time.

Securing the drive with VAR has been a big logistical exercise for Lawson, who is overwhelmed by the support of his backers in New Zealand.

“I’m just so stoked, they’ve helped to make my dream come true. I’ll be giving everything to make it a successful season for us all.”