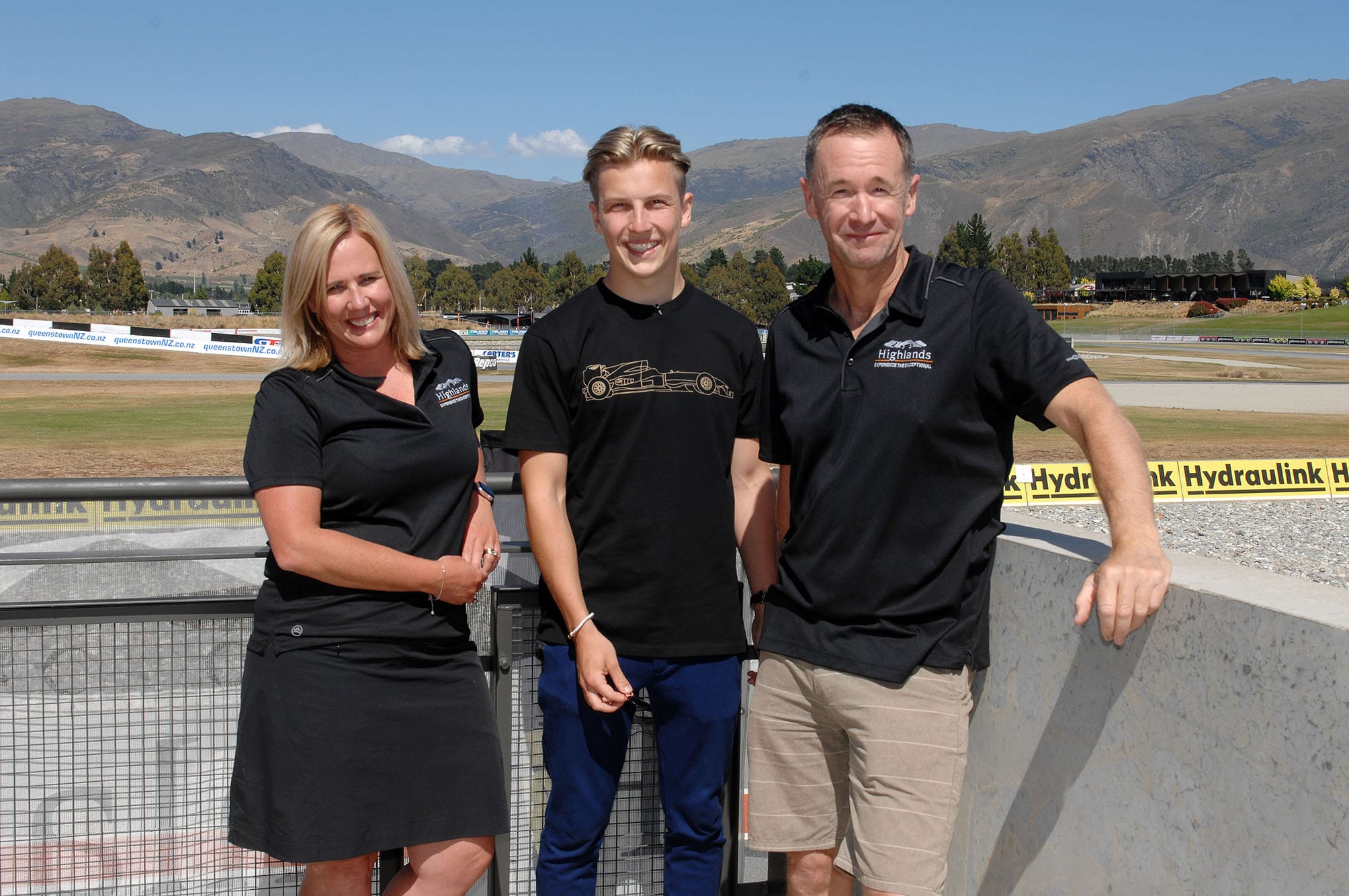 Lawson receives grant from TQF to support his Formula 2 campaign

Established to assist young Kiwi drivers on the global stage, the TQF is part of a family of supporting sponsors who are joining Red Bull and Rodin Cars for Lawson’s F2 campaign this year.

TQF announced the support while Lawson was at Highlands this weekend showcasing Rodin Cars FZED single-seater during lunchtime demonstration runs.

It was at the Tony Quinn-owned race track at Cromwell that Lawson first caught the eye of not only Quinn, but also Red Bull F1 racing advisor Dr Helmut Marko which led to the young Kiwi driver signing a Red Bull Junior contract.

“When I saw his pass at Highlands in the damp conditions, it was clear he had some serious bollocks!” said Quinn.

The outside passing maneuver Lawson pulled off to win that Toyota Racing Series race back in 2019 has become part of Kiwi single-seater folklore.

“Liam’s proven to be quite a talent and he has that special sparkle in his eye,” added Quinn.

Quinn, who owns the Highlands, Hampton Downs and Taupo race circuits in New Zealand launched his Foundation last year and has already committed over $200,000 to scholarships and categories for emerging racing drivers.

The Hampton Downs Racing Academy is the first step young drivers can choose to begin their careers in the hope they too will one day represent New Zealand on the international scene, just like Lawson.

Graduates from the academy are eligible for scholarships, mentorship and can benefit from international connections through the TQF.

“Liam is already a real inspiration for young Kiwi drivers and the TQF, though Highlands is pleased to support his final push to reach F1. His journey so far is one of sacrifice, dedication and total commitment, the qualities young drivers need to reach the higher levels of international motorsport,” said TQF Trustee, Josie Spillane.

“To make it to the top echelon of motorsport is a challenge that most drivers can’t overcome, but personally, I think Liam has all the ingredients to be an F1 World Champion, so to be able to support his journey towards this through the TQF is incredibly rewarding and a real thrill to be a part of,” said Murphy.

Although Lawson is largely supported by Red Bull and Rodin Cars, there are still significant costs he must meet for travel, training, coaching and accommodation costs while he lives in the UK and races across Europe.

“Having the TQF come onboard with our other partners is awesome and I’m very lucky to be awarded their first international grant,” said Lawson. “This puts the last piece of our funding puzzle together.”

The TQF logo will be proudly worn on Lawson’s F2 racing suit and will appear on the new-look livery of his 2022 F2 race car.