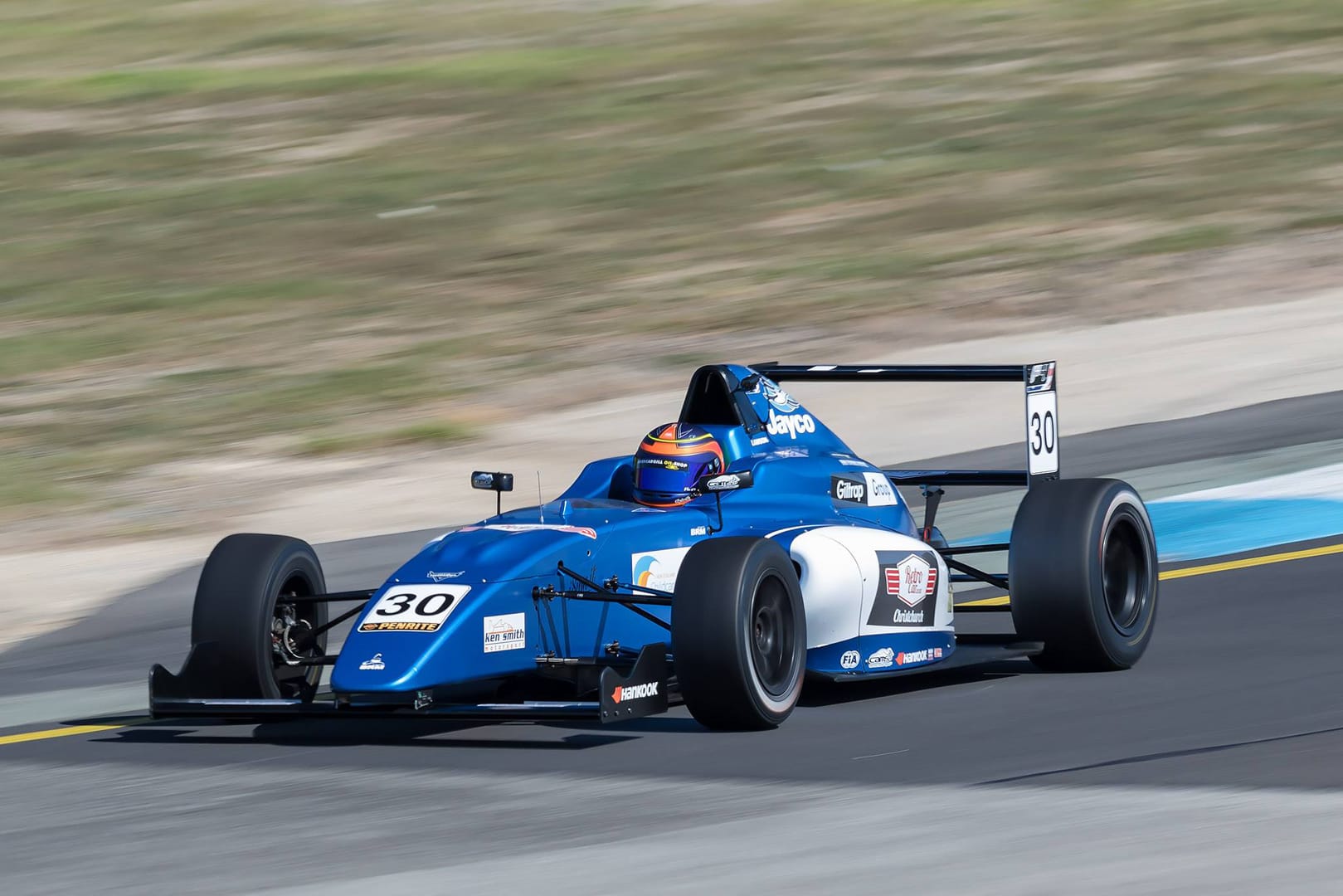 Lawson won the opening round outright with a race win and a pair of second places, and then repeated that effort the following day to end the ‘double header’ weekend as the new series leader.

It was the first time Lawson has driven a ‘wings and sicks’ car and he became the first international driver to take race victories in the Australian championship.

“The whole weekend went way better than I expected, and to be leading the championship after two rounds is great reward for all those back home who’ve supported me to get here, especially RetroCar in Christchurch – without them I wouldn’t have been on the grid yesterday,” said Lawson.

With only one day of testing before the race weekend and then two practice sessions in the car, Lawson was the surprise of the weekend when he qualified the RetroCar.co.nz sponsored F4 car second-fastest.

The recently turned 15-year-old mixed it with the more experienced drivers and at times led every race on the opening day, finishing runner-up in the first two races before taking a flag to flag victory in the final race of the day.

Round two and a further three races were held on Sunday. The Kiwi youngster took an impressive flag to flag victory in the opening wet race before coming home second from a reverse grid fifth-place start in race two, and bagging another second-place in the final race of the weekend.

Lawson was leading the final race but got overtaken after a safety car restart.

“That last race, I could see Nick closing. I knew I wasn’t going to hold him off for the whole race, but I tried for as long as I could. Still a good result,” he said.

“Saturday was dry and we made the most of that. We were really quick on the first day but on Sunday in the wet I struggled to beat Nick.

“I learnt a lot this weekend, I’ve managed to run in wet and dry conditions now.”

Next the CAMS Jayco Australian Formula 4 championship moves to Rowe’s home track in Perth for the third round at the beginning of May, when they appear alongside the V8 Supercars at Barbagello Raceway.

Lawson rose to prominence in New Zealand after winning the NZ Formula Ford championship this past summer with 14 wins from 15 races, and now he’s making waves across Australia with an impressive debut in Formula 4 racing.