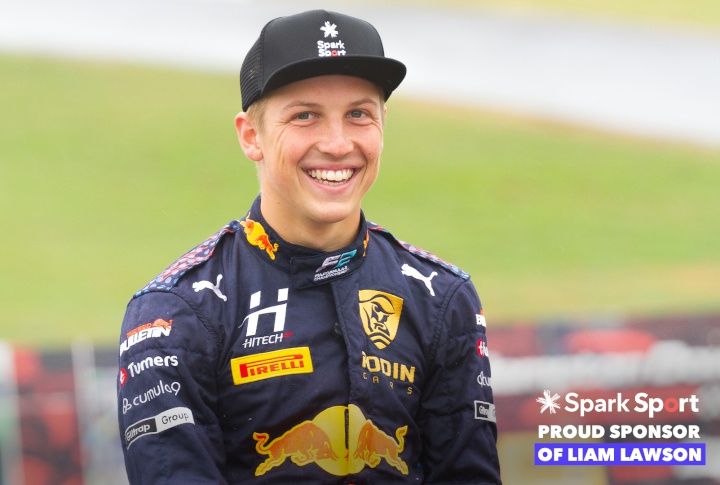 Spark Sport has thrown its support behind Kiwi Formula Two® (F2) superstar, Liam Lawson, with a one-year branding rights partnership as his dream of driving in Formula One® (F1) grows closer to reality.

Receiving the backing of Kiwi sports streaming service Spark Sport has made it possible for Lawson to continue in Formula 2 and switch to the fancied Carlin Motorsport team – a new opportunity he is grabbing with both hands.

The Spark Sport brand will be present on Lawson’s race car and overalls when he takes to the track in the Bahrain season opener next month to build on his remarkable form from 2021.

Lawson got his first taste debuting for F1® AlphaTauri when he was picked to test drive over 660km at the final showdown in Abu Dhabi in December last year.

Widely tipped to be Aotearoa’s next F1® star, Lawson’s impressive ability on the track has been turning heads across Europe. Since 1950 just nine Kiwi drivers have raced in F1® and so far, only one has been World Champion, Denny Hulme.

The Hawke’s Bay born, Pukekohe raised youngster is proud to have Spark Sport join him on his journey saying: “This is the final piece in our funding puzzle to make F2 happen and to have New Zealand’s broadcast partner Spark Sport as a sponsor is a privilege. Everybody tells me how much they enjoy watching my racing back home on Spark Sport so I’ll be doing my best to have their logo on my car and racing suit this year at the front of the grid.”

“The partnership with Liam Lawson takes Spark Sport beyond its current role as F1® broadcaster, and into the heart and soul of the sport – supporting a young Kiwi with a dream to reach the pinnacle of formula racing.

“It’s been brilliant to see this young 20 year old’s journey and his successes so far certainly make us proud to be Kiwi. We’re looking forward to playing a part in what promises to be a big season for Liam as he endeavours to break into F1®,” says Latch.

F1® fans can catch all of the practice sessions, qualifying and Grand Prix live action on Spark Sport from 18 March in what promises to be an action-packed season ahead. 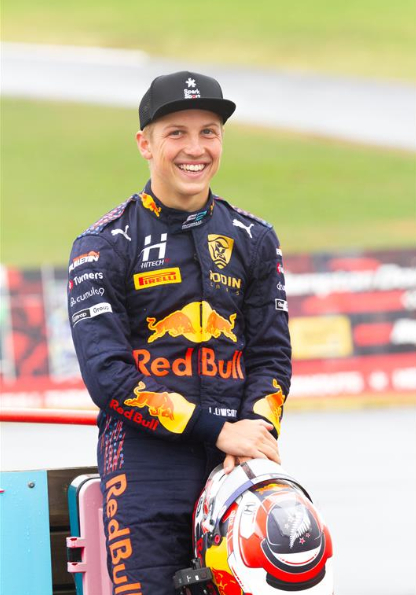