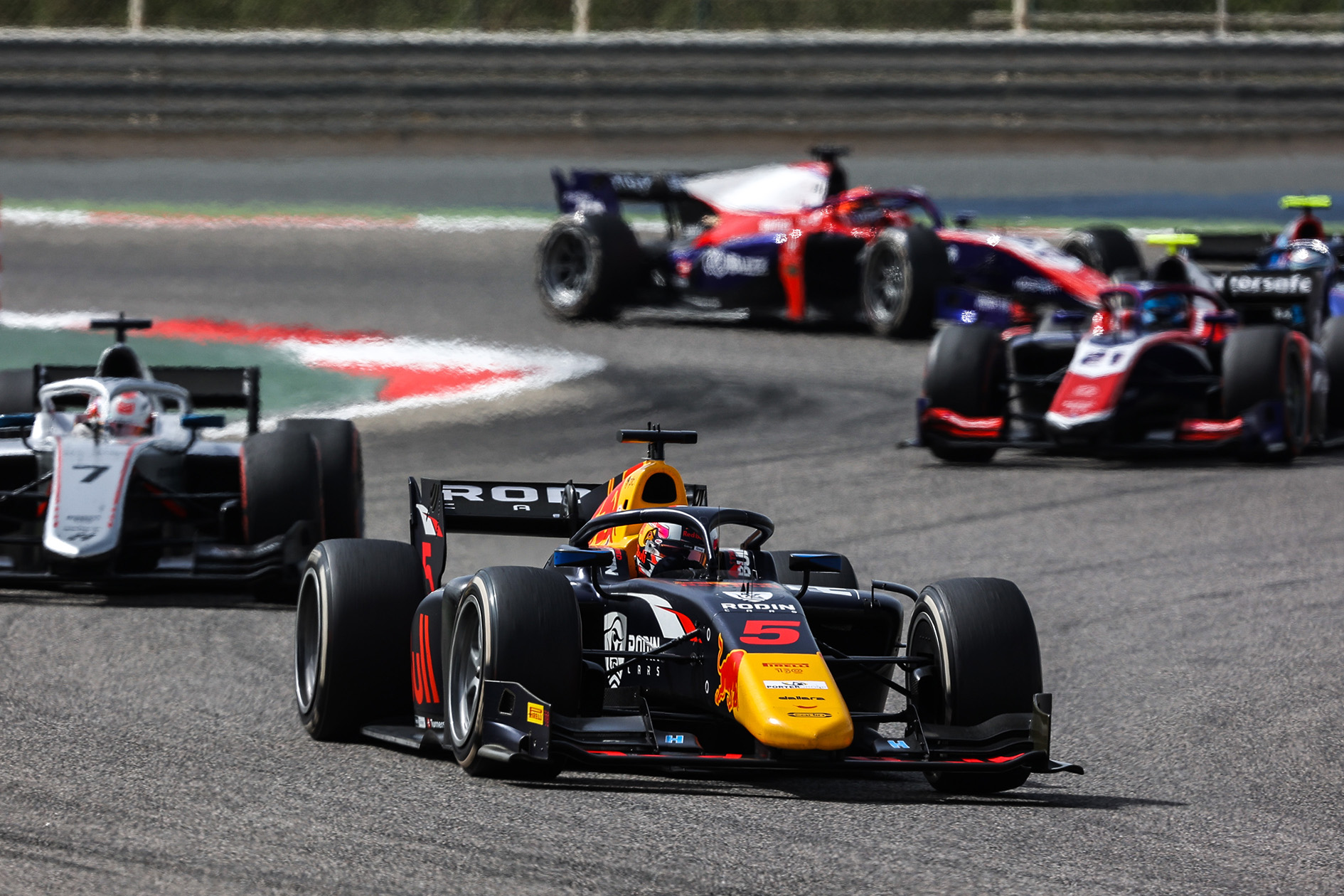 Double podium in Bahrain for Lawson

Double podium in Bahrain for Lawson

One-point game after Round 1

Liam Lawson scored a double podium in the opening two Formula 2 races of the season in Bahrain and is just one-point away from the lead of the championship.

In his first outing for race team Carlin, Lawson backed up his third place finish in the reverse grid top-ten Sprint race with second in the 31-lap Feature race.

“The Feature race went pretty well, just lacked pace a little in the middle part where I couldn’t quite attack Theo (Pourchaire) like I wanted to so couldn’t take him for the win.

“But it is good points so we need to improve the speed a little for next time,” said Lawson, who had a chance for victory late in the race when the Safety Car came out and bunched the field up for a one-lap dash to the chequered flag.

“To be honest I was probably close enough to go for a look, and I thought about it, but the Safety Car was so slow and I had no brake temperature so I didn’t want to go and sent it and have no brakes. So I basically played it a little bit safe there, obviously a lot more to lose. I think having confidence on the brakes maybe I could have gone for something.”

After qualifying sixth, Lawson was on P5 for the reverse grid opening race of the season and climbed two spots to reach the podium after 23 laps.

“Very, very tough. I thought it was a decent start, but Ralph (Boschung) went past all of us and immediately was in second. I went really wide through Turn 1 and I think I was fourth afterwards so it was an ok start. From there, I had Felipe (Drugovich) behind me who was quite fast throughout the whole race so I was just waiting for him to drop off, but he never seemed to drop off so I was constantly defending.”

Lawson eventually cleared the Brazilian driver a handful of laps from the end to secure third place.

“I had a big lock-up into Turn 1 which I think definitely didn’t help for the rest of the race because I had massive vibrations but a very eventful race, happy to take the points.”

After setting the pace in pre-season testing at the Sakhir circuit, Lawson could only muster sixth quickest in qualifying when he failed to improve on the final push lap of the session.

“Qualifying was a little bit tough, I didn’t fully put the ultimate lap together, we struggled a little bit with the balance as well and that put us slightly back from where we wanted to be.”

The teams have a quick turnaround to this weekend’s round on the streets of Jeddah. The circuit was added to the calendar in 2021 with the teams only last there in December.

Lawson heads to the Saudi Arabian resort city only one point behind championship leader Pourchaire (25 points to 24) with Lawson’s former teammate Juri Vips in third on 18 points.

Lawson’s new team Carlin head the Teams championship (33 points) after the first round over his former team Hitech Grand Prix on 28. The Kiwi driver’s teammate this year at Carlin is American Logan Sargeant.

Following the back-to-back rounds at Bahrain and Saudi Arabia, there’s a three week gap before the third round in Italy. 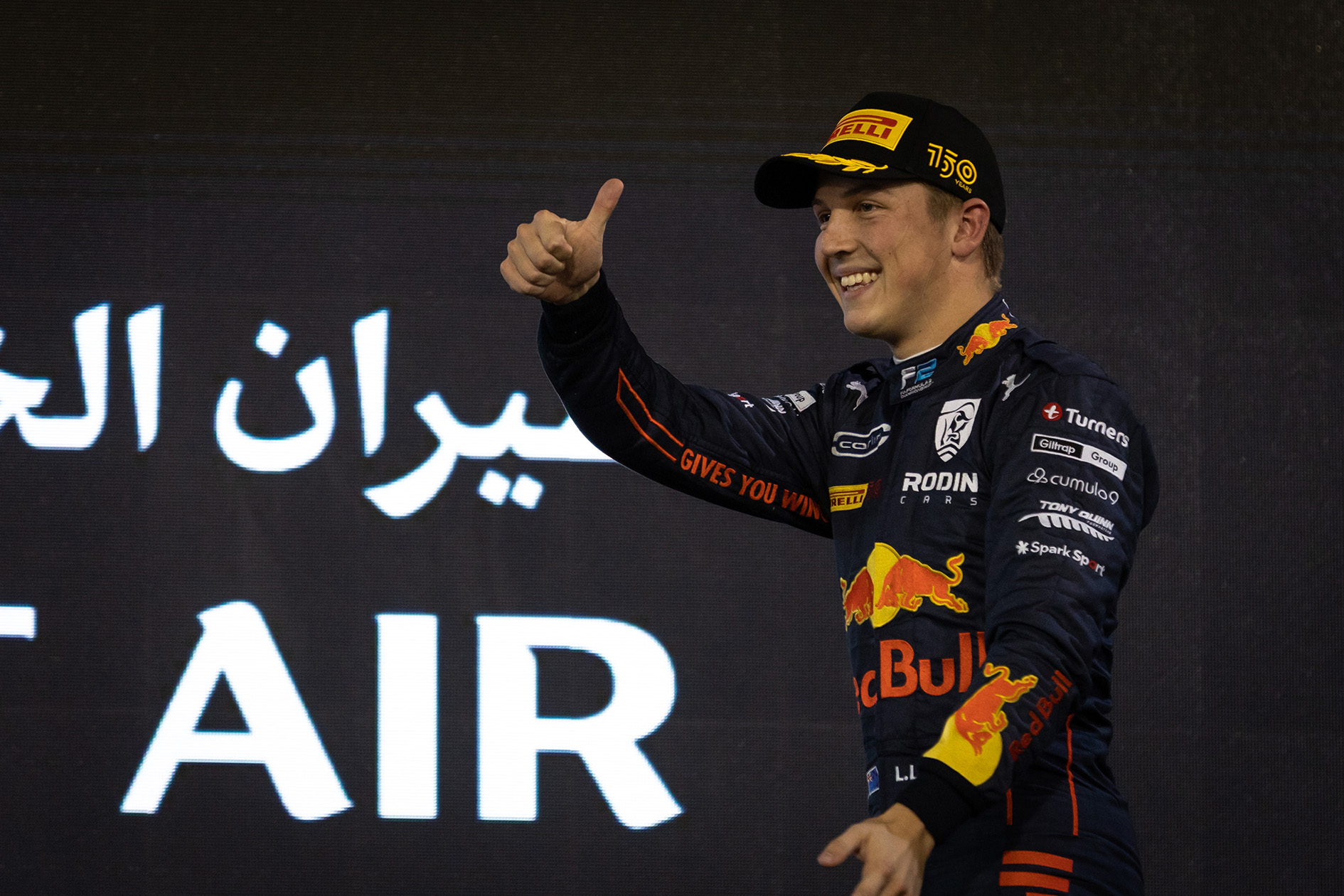