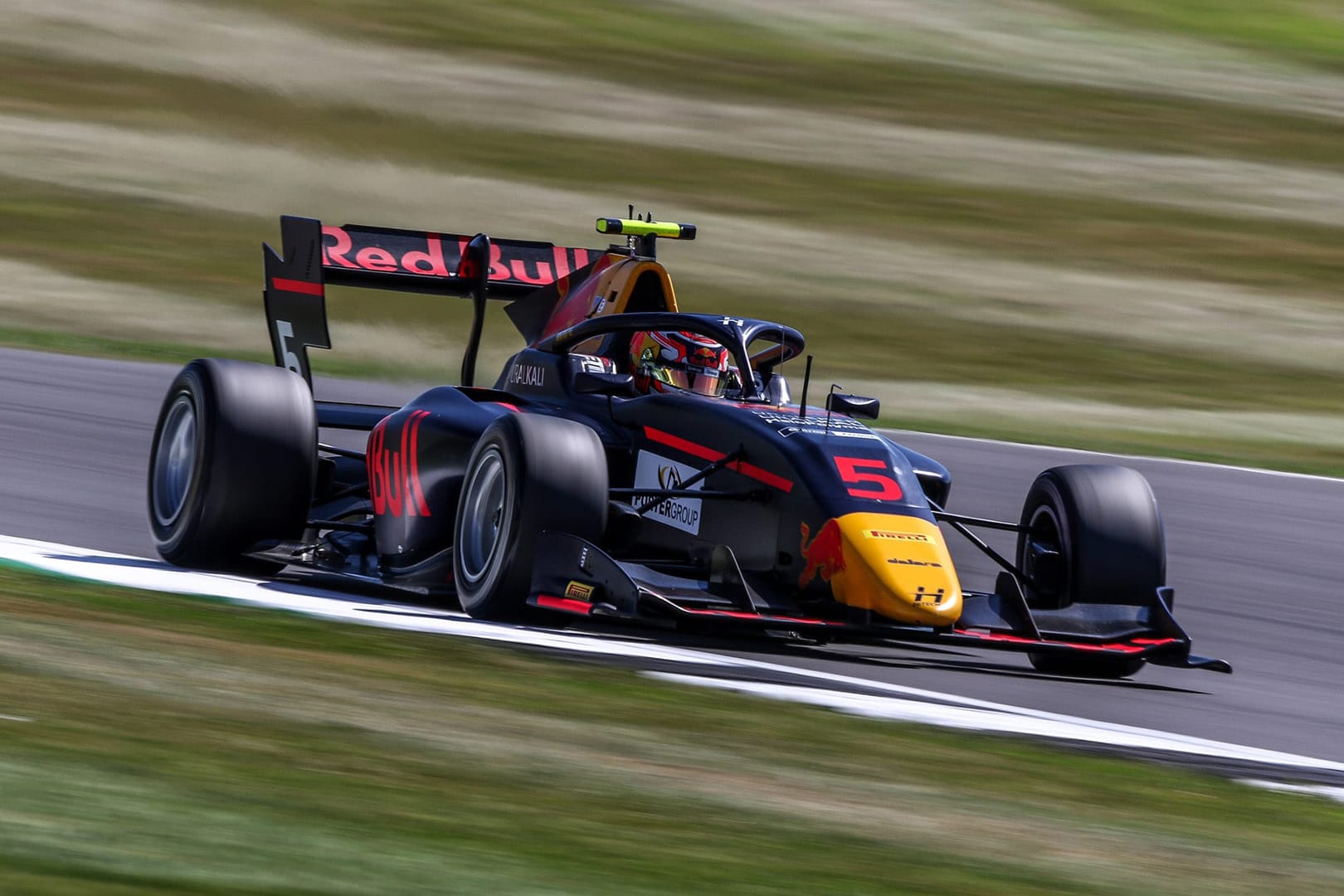 Another F3 podium for Lawson

Another F3 podium for Lawson

Liam Lawson stood on the podium at Silverstone for the second time in consecutive weekends as the FIA Formula 3 championship hit the half-way mark.

The Red Bull Junior driver finished 3rd in the feature race on Saturday and narrowly missed getting a podium double in the reverse grid race.

Lawson charged up to fourth from 8th place on the grid in his Porter Group/Giltrap Group #5 and looked to have inherited third place a few corners from the finish when Theo Pourchaire went off the road.

Pourchaire aggressively re-entered in front of Lawson, who then tried a move at the last corner only for the French teenager to force him wide. Lawson regathered on the lunge to the line and finished fifth. David Beckmann (Germany) just pipped Lawson in a photo finish by 0.019s.

In the earlier Feature Race, Lawson also looked as though he might finish higher than third when yellow flags waved on the last lap prevented drivers from overtaking, just as Lawson was ready to pounce on Jake Hughes (UK) in front of him.

“It was the closest I’d been, so I’m not going to lie, it was a bit disappointing. He (Hughes) defended well for the last five laps and it would have been tough to get past, so I can’t really say what would have happened.

“On the rest of the race, I think it was a bit of an average start. It wasn’t ideal and we lost a place. From there I spent the first half of the race defending for my life (Fredrik) Vesti was really quick. We came on a bit stronger towards the end. We didn’t have such a drop off like Jake and I started to come back. It was definitely one of the hardest races I’ve done,” said Lawson.

Setting the fastest lap near the end of the race also earned an additional two championship points and Lawson has now clawed back the gap to championship leader Logan Sargeant (USA) to 29 points, with 8 races remaining.

Sargeant and his PREMA Racing teammate Oscar Piastri currently lead the series separated by a single point – 106 to 105, with Beckmann just 5.5 points ahead of Lawson – 82.5 to 77.

Lawson’s making a steady recovery in the championship after two mechanical failures in Hungary left him languishing in 8th position. Two rounds and two podiums at Silverstone has moved him up to fourth.

Silverstone was the last of the double-header venues on the calendar. Along with Austria, they each raced on consecutive weekends under strict COVID-19 restrictions.

Over the opening three rounds of the season Lawson and his Hitech GP team also failed to qualify well but a turnaround at Silverstone netted Lawson two front-row starts.

“We’ve all worked really hard over the last two weeks. There’a a lot better understanding and we’re managing to gain some points back on the leaders,” said Lawson.

Silverstone was the last of the double-header venues on the calendar. Along with Austria, they each raced on consecutive weekends under strict COVID restrictions.