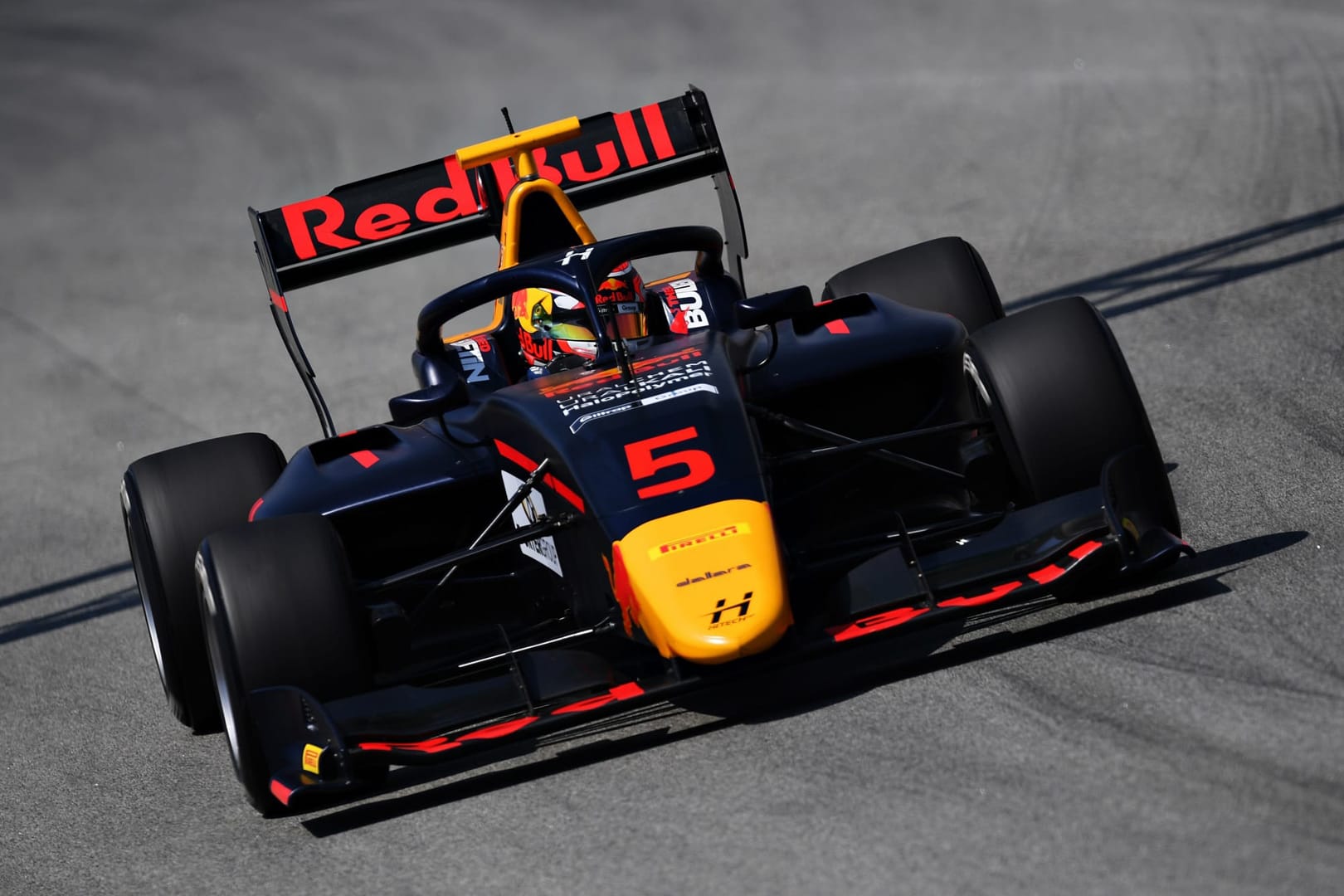 Another podium puts Lawson to third

A third podium in three weeks has elevated Liam Lawson into third place in the FIA Formula 3 championship after the latest round in Spain.

A last lap pass to grab second place in the Feature Race at Circuit De Barcelona-Catalunya, along with a points-scoring 7th in the reverse grid race, has kept Lawson’s championship hopes alive.

“It was a very good result, a good weekend but frustrating not to be closer to the points leader,” said Lawson.

“It comes down to Qualifying really and the massive four points you get for pole. That is one of the big focuses for the next few weeks, we have to get pole and Race 1 victories, those are the main things.

“We are not out of it yet, I think 32 points off the lead so we’ve got to really smash out the next couple of weekends.”

While the 18-year-old from Pukekohe managed to outpace the Prema’s in the Feature Race and reduce their points lead, both Piastri and Sargeant got away better in the reverse grid race by starting in front of Lawson.

The 2nd place in Race 1 was Lawson’s third podium in as many weekends, with Jake Hughes (HWA Racelab) taking his first win of the season.

“Jake’s move was nice to take the lead off (Logan) Sargeant was nice, congrats to him on his win. For me, it took a while. We had good speed midway to the end of the race. We definitely weren’t as quick at the start,” he said.

After twice trying an inside move on Sargeant at the same corner Lawson swept around the outside the next time, and made the pass stick.

“The move on Logan at the end…. he had a lot less tyre life than I did, so it wasn’t difficult. Still, second place in the race is a good result. It would have been nice to try and get the move done earlier, and maybe we’d have had a shot at catching Jake.”

Earlier in the weekend Lawson continued his good run of qualifying at the pointy end of the field. After a pair of front-row starts at the double-header rounds in Great Britain, Lawson qualified third.

“Considering what happened in the qualifying session, it was a pretty good result. We had a lot of issues on the first run, big engine problems, and we were lucky enough to fix it. Unfortunately when I went to go back out again, we couldn’t start the car and I ended up at the back of the queue,” he said.

However, a last lap push was good enough to secure the second-row start.

After a week break, the championship heads to consecutive rounds in Belgium (Spa) and Italy (Monza and Mugello) for the final rounds of the 2020 season.