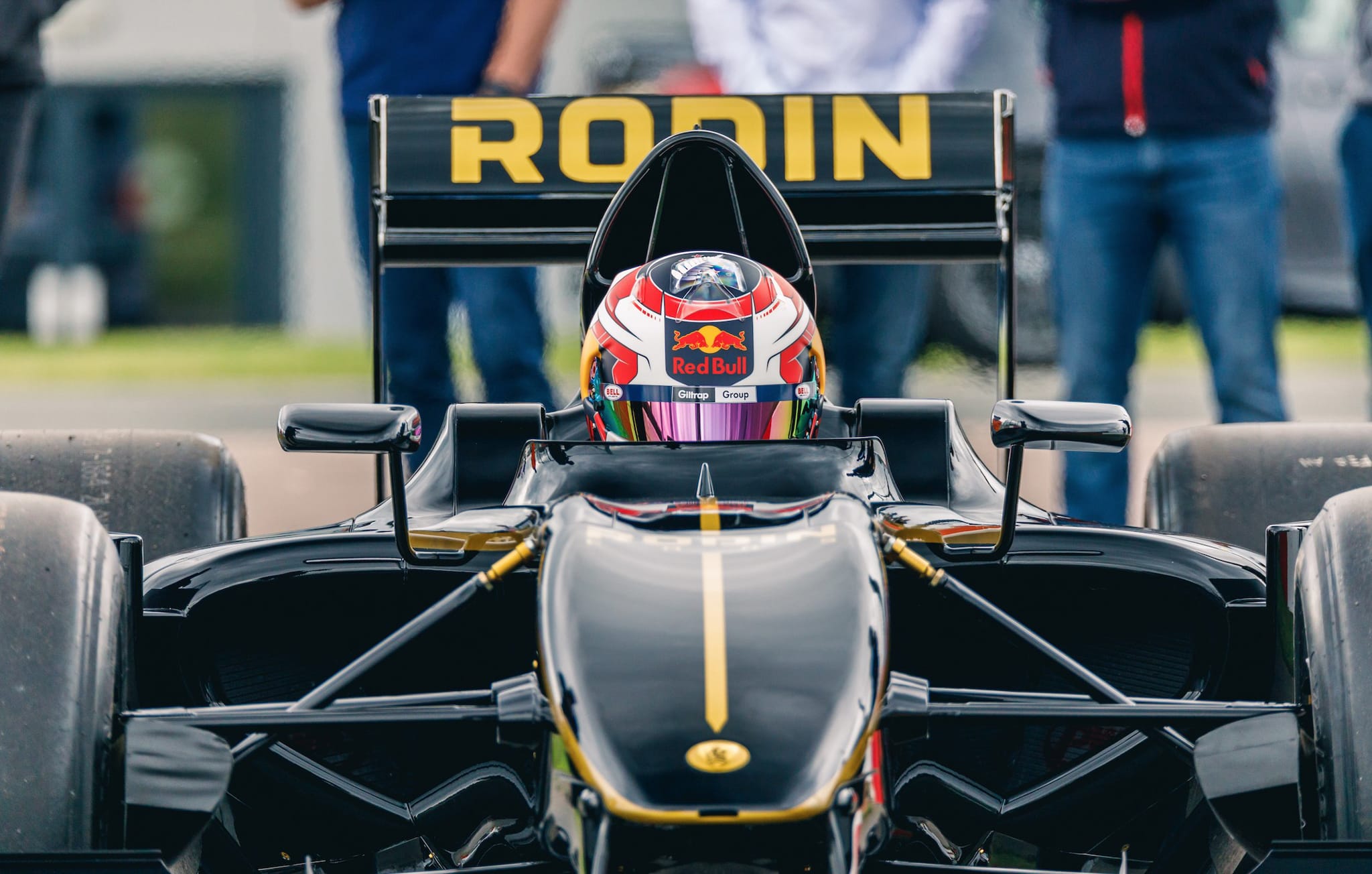 Donington Park is no stranger to the screams of racing engines, but it recently echoed to the glorious howls of a naturally aspirated 675hp (503kW) Cosworth GPV8. Working up to 10,000rpm, the operatic notes from the V8 engine signalled the first laps on UK soil for the Rodin FZED single-seat track car.

“It was great to be back in the Rodin FZED,” said Liam Lawson, Red Bull Junior in FIA Formula 2 and DTM. “I’d forgotten just how fast the car is but straight away I felt comfortable and realised how manageable the car is to drive close to the limit. I didn’t want to stop and nearly did more laps than I was allowed.”

The Rodin FZED has been painstakingly developed by the team at Rodin Cars, led by CEO and founder, David Dicker. “After years of development and thousands of kilometres of testing on Rodin’s own circuits in New Zealand,” began Dicker, “we’ve established the Rodin FZED as one of the fastest open-wheel race cars in the world. More than that, we’ve also ensured that it’s easy to run, giving amateur drivers a true taste of top-level open-wheel motorsport.”

Both Liam Lawson (Red Bull FIA Formula 2 and DTM driver) and Jamie Chadwick (Williams F1 test driver) have tested the Rodin FZED and proclaimed it to be among the fastest open- wheel race cars in the world.

Weighing just 609kg, the Rodin FZED is powered by a 3.8-litre Cosworth GPV8 engine that produces 675bhp (503kW) at 9600rpm and 490Nm at 7600rpm. To give the Rodin FZED’s outputs some perspective, its 826kW-per-tonne power-to-weight ratio embarrasses that of a Bugatti Chiron (553kW/tonne) or even a big sports bike such as a Yamaha R1 (735kW/tonne). Indeed, to find a more impressive power-to-weight ratio, one needs to look at a current LMP1 racer or Formula 1 car.

Beyond the 0-160km/h time of five seconds, or the 300km/h top speed or, indeed, the blistering lap times, perhaps the Rodin FZED’s most impressive aspect is its reliability. Despite a screaming 10,000rpm rev ceiling, the engine is capable of 3100 miles (5000km) on 98- octane fuel before it requires a tear-down inspection. That is 3175 laps of Donington Park.

In addition to outright performance, David Dicker and the team at Rodin Cars also sought to ensure that the Rodin FZED is enjoyable and exploitable at more moderate speeds, allowing customers to build confidence and remove the fear-factor in driving the ultimate track car. Along with the Rodin FZED’s reliability, this ease of operation is critical in allowing clients to live the Formula 1 dream without the need to have a Formula 1 team at your disposal.

Demonstrating Rodin Cars’ confidence in their exquisitely built racer, the company invited a selection of the UK’s top automotive and motorsport journalists to witness the Rodin FZED’s first laps in the Northern Hemisphere.

“You could see the journalists hanging their phones over the pitwall,” said Liam Lawson. “I think they were enjoying the Rodin FZED nearly as much as I was.”

Lawson’s next outing for Hitech GP in the FIA Formula 2 Championship is July 16-18. “It’s always good to drive a car faster than you race,” said Lawson. “These laps in the Rodin FZED will help with Silverstone coming up.”

Liam Lawson’s team, Hitech GP, is a powerhouse operation, running teams in both Formula 2 and Formula 3 championships. Of the Rodin FZED, Hitech GP Director, Oliver Oates said, “It’s a very cool car. It’s how real race cars should be. It’s exciting to see what David has put together into a customer car and being able to be involved with Rodin Cars and their test at Donington Park has been amazing. The quality of the Rodin FZED is clear to see and we look forward to working with Rodin Cars in the future.”

A further announcement regarding a partnership between Rodin Cars and Hitech GP will be announced after the 2021 British Grand Prix. 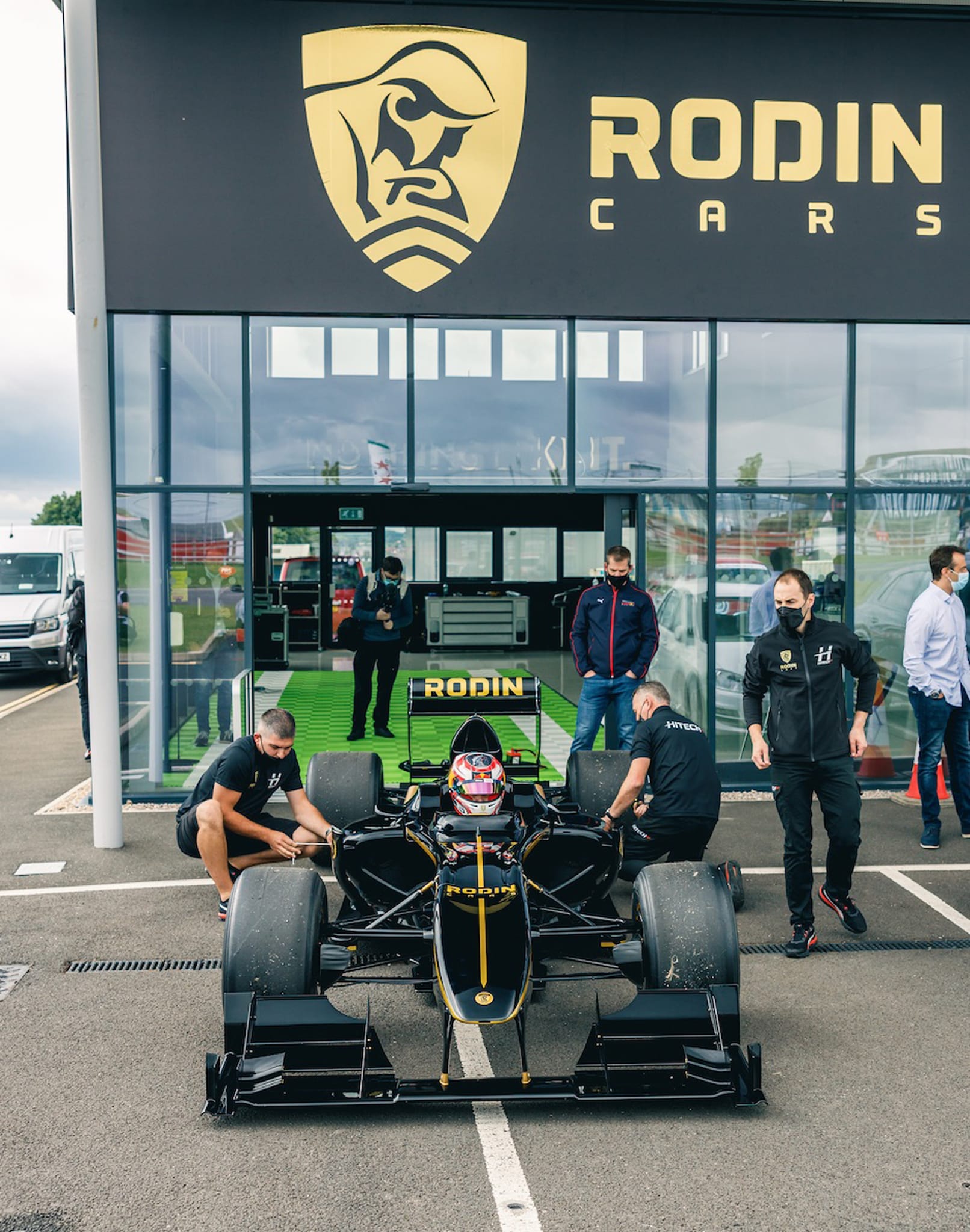 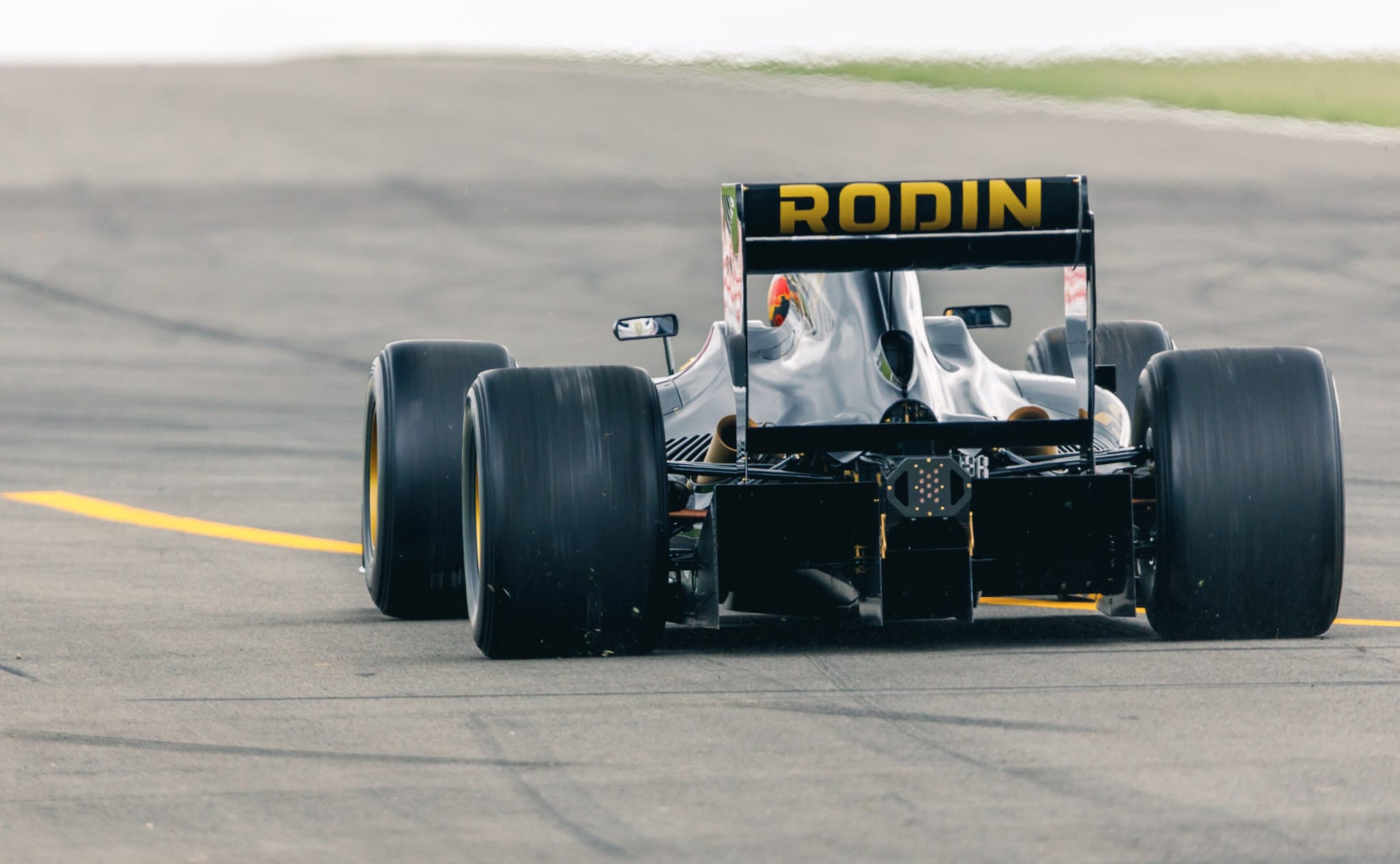 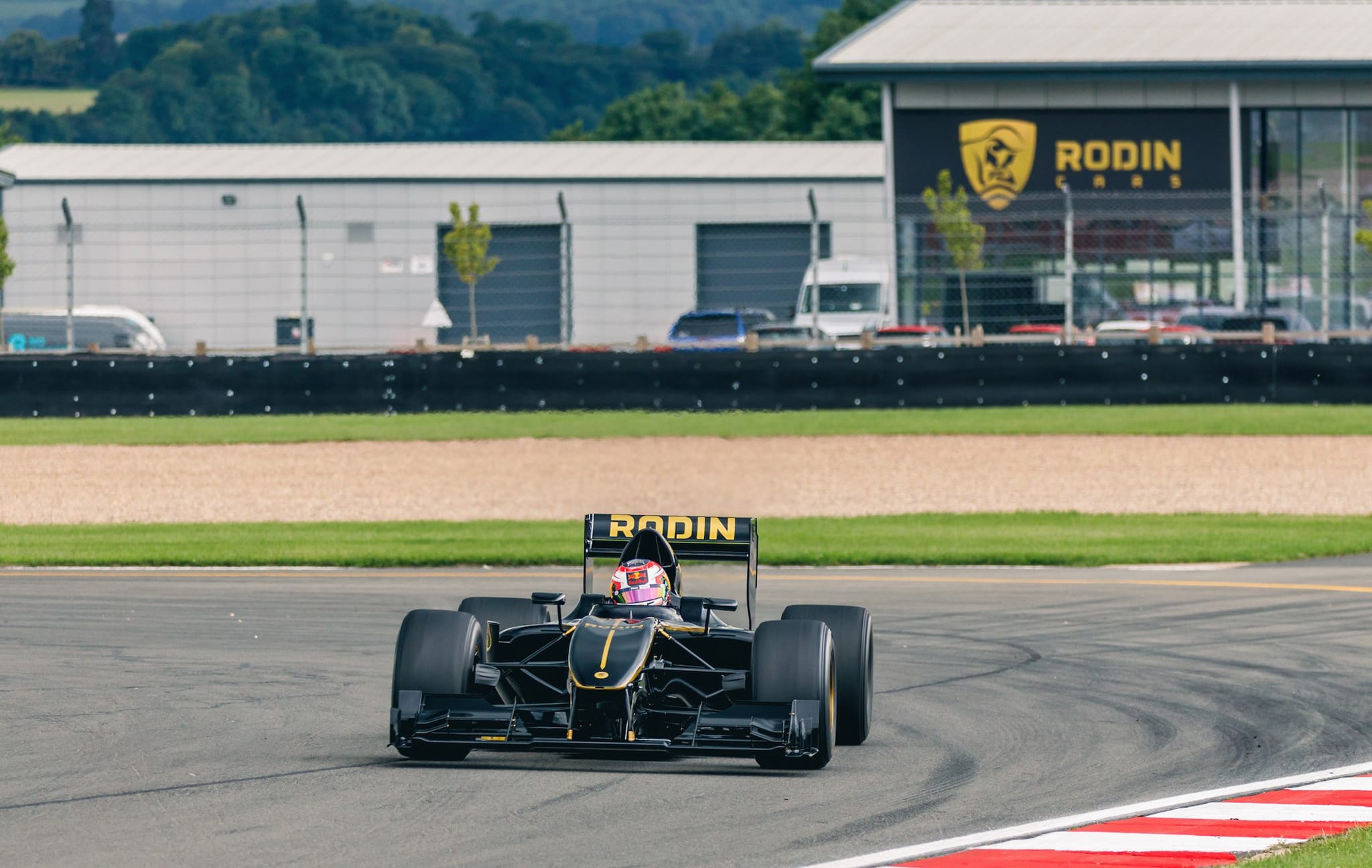