By Michael PriceDecember 9, 2021No Comments

While the full details of the 19-year-old’s racing programme for next year are yet to be revealed, Rodin Cars founder David Dicker says he’s pleased to be continuing with the partnership.

Lawson’s debut season in F2 this year was only possible due to Rodin Cars sponsorship and it has been revealed that Lawson will be back in the Formula 2 category next year.

“Liam has the real potential to make it all the way to F1, and we are happy to continue to support him with his goal. It’s great to see a New Zealander racing on the global stage and great to be able to be part of that history-making journey,” said Dicker.

Lawson scored his maiden F2 victory on debut in Bahrain last year and has so far scored three podiums this season leading into the final round at Abu Dhabi this weekend.

The 2022 championship will feature 14 rounds as opposed to 8 this year, drop eight of the reverse grid races and expand to a 28-race calendar beginning back in Bahrain in March.

Based in the UK, Lawson has also been able to turn laps in the Rodin FZED at the Donington race circuit, where Rodin Cars has a base and showroom. Recently the car set an unofficial lap record there.

Since then he’s been behind the wheel of the FZED at every available opportunity and rates it as the most enjoyable single-seat car he’s driven.

“During our F2 competition season I’m not allowed to drive the FZED very much as the sporting rules consider that to be testing, which is not allowed. The FIA allowed me to drive a limited number of demonstration laps, but not enough of them. I love driving this car,” said Lawson.

“The FZED is really easy to drive. The grip level is there almost straight away. You don’t have to be really aggressive with it. It’s the nicest single-seater car I’ve driven.”

Following on from the end of the F2 championship and his F1 test in Abu Dhabi, Lawson will fly back to New Zealand for his annual summer break, having secured a spot in MIQ. He will reunite with his family on December 27. 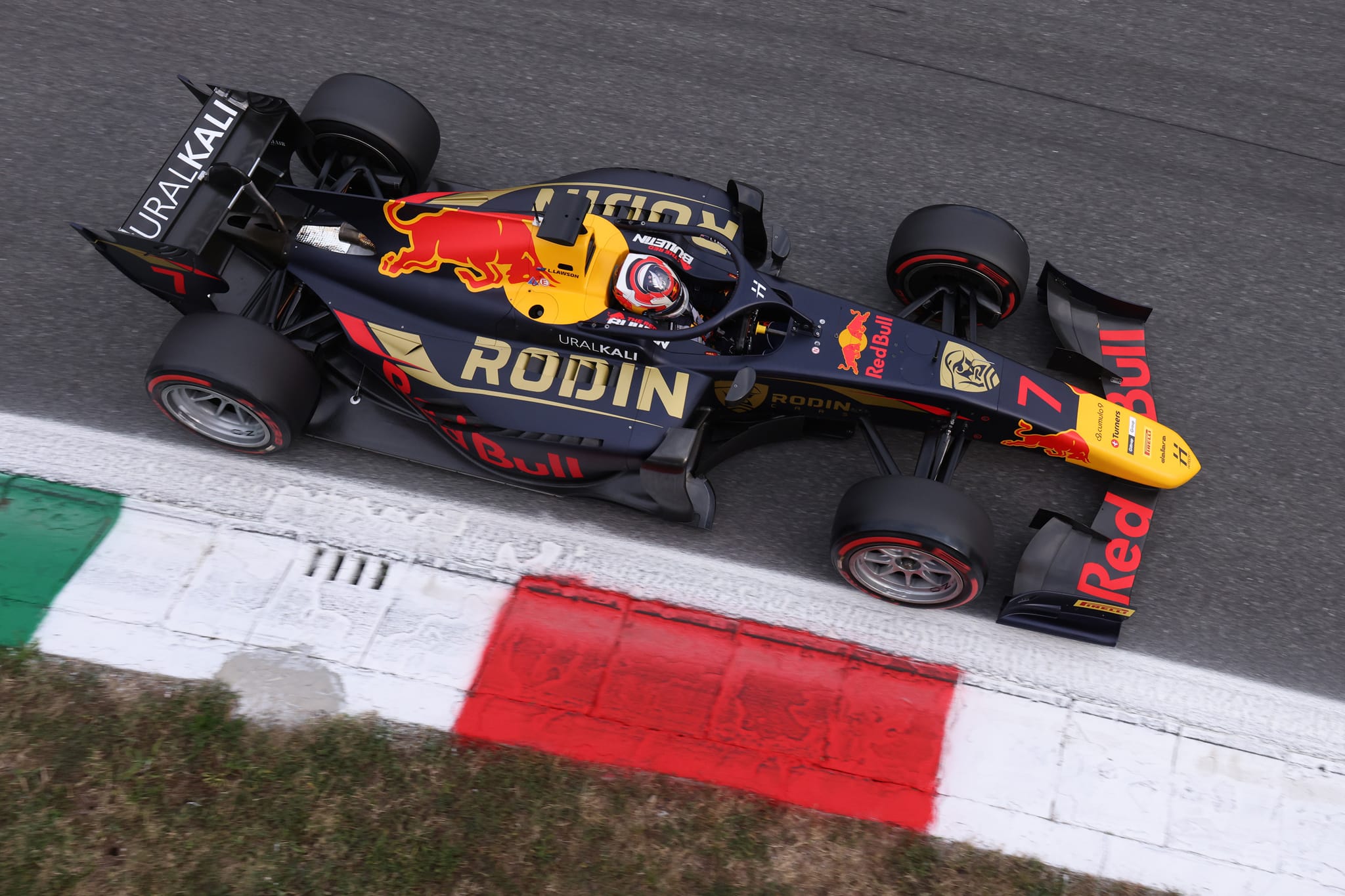