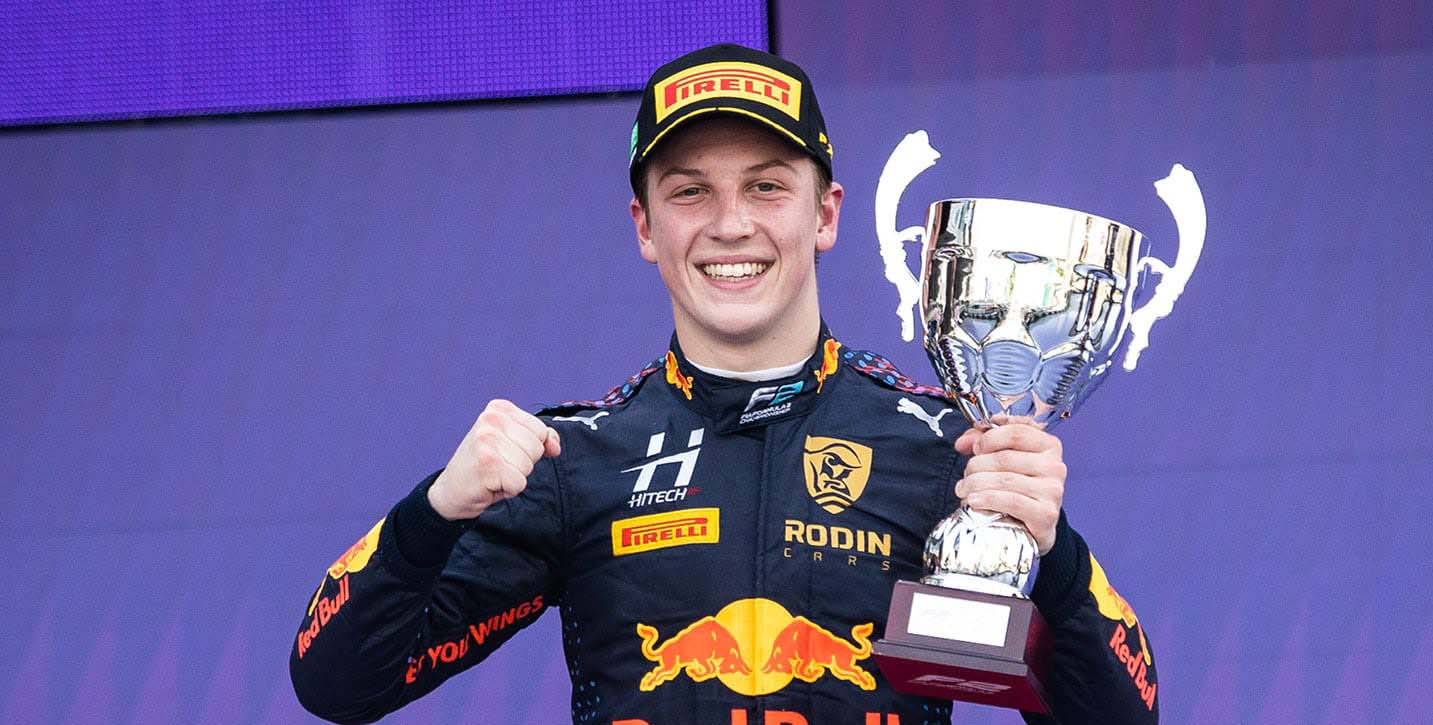 By Michael PriceDecember 7, 2021No Comments

Lawson says Jeddah not dangerous - Another podium in Formula 2

FIA Formula 1 and Formula 2 raced at the brand new Jeddah circuit in Saudi Arabia over the weekend, with most of the racing interrupted with incidents and accidents, leading to some claiming the world’s newest and fastest street circuit is too dangerous.

However, Kiwi F2 star Liam Lawson disagrees even though the stop-start nature of the racing didn’t help his weekend.

“I don’t think it’s dangerous. In the corners that need them there’s a bit of run-off but otherwise it’s high speed. Monaco as a street circuit is more dangerous than Jeddah,” said Lawson.

“There’s a possibility to have some freak accidents with the blind corners but that’s what the yellow flags and the marshalling boards are there for. If they react quickly enough there shouldn’t be an issue.

“We were all expecting the new surface to be quite slippery but it wasn’t. It was very grippy straight away, a lot faster than we expected.

“Sector one is the hardest to master because there’s a few different techniques you can take through there, but it’s a cool circuit.”

Lawson added another podium to his F2 tally in the opening race of the weekend, finishing behind fellow countryman Marcus Armstrong, who scored his first win of the season.

Lawson’s Hitech GP team struggled to get one-lap pace out of the Rodin-backed car and he qualified 10th, which gave him the reverse grid pole position for race one.

“To be fair we’ve been having pretty up and down starts this year. The launch was actually really good but in the second phase I got a bit of wheel-spin. To be fair the whole right side row didn’t get a good start. Me, Juri (teammate Vips) and the guys behind struggled a bit to get off the line. That’s probably why the start was quite bad.

“I probably could have covered earlier to Marcus but I didn’t want to have wing damage or a puncture at the first corner. We were faster throughout the whole race, I would close up when his tyres started dropping off but then the safety car would come out and I’d have to reset again. Then Marcus would cool his tyres down, go again and pull away so I’d catch up, then another safety car so it was quite annoying.

“In the last couple of laps I had quite a bit left in the tank to throw at him but just not quite enough laps were left in the race.”

In the second race Lawson was on for a top-ten finish when he spun the Rodin car on the final lap and ended up parked in the wall.

The final race was eventually red-flagged and the results taken back two laps. Lawson was classified 9th.

The stop-start nature of the racing on the Jeddah street circuit resulted in shorter races and multiple restarts which made driving difficult.

“It’s good for the tyres because they get to cool down during safety car interventions, but it’s quite hard to keep the brake temperature. That makes the restarts quite difficult because you’re heading into a high speed, big braking zone at turn one. The restarts definitely mess up the rhythm with the way you’re driving as well, when you’re trying to look after the tyres.”

Drivers won’t have to wait another year before returning to the Saudi Arabian circuit. It will be round two of the 2022 calendar for both F1 and F2.

“It will be good for us because a unique circuit like this makes it easier if we don’t have to wait a full year to come back. We’ll be a bit fresher for it the second time.” 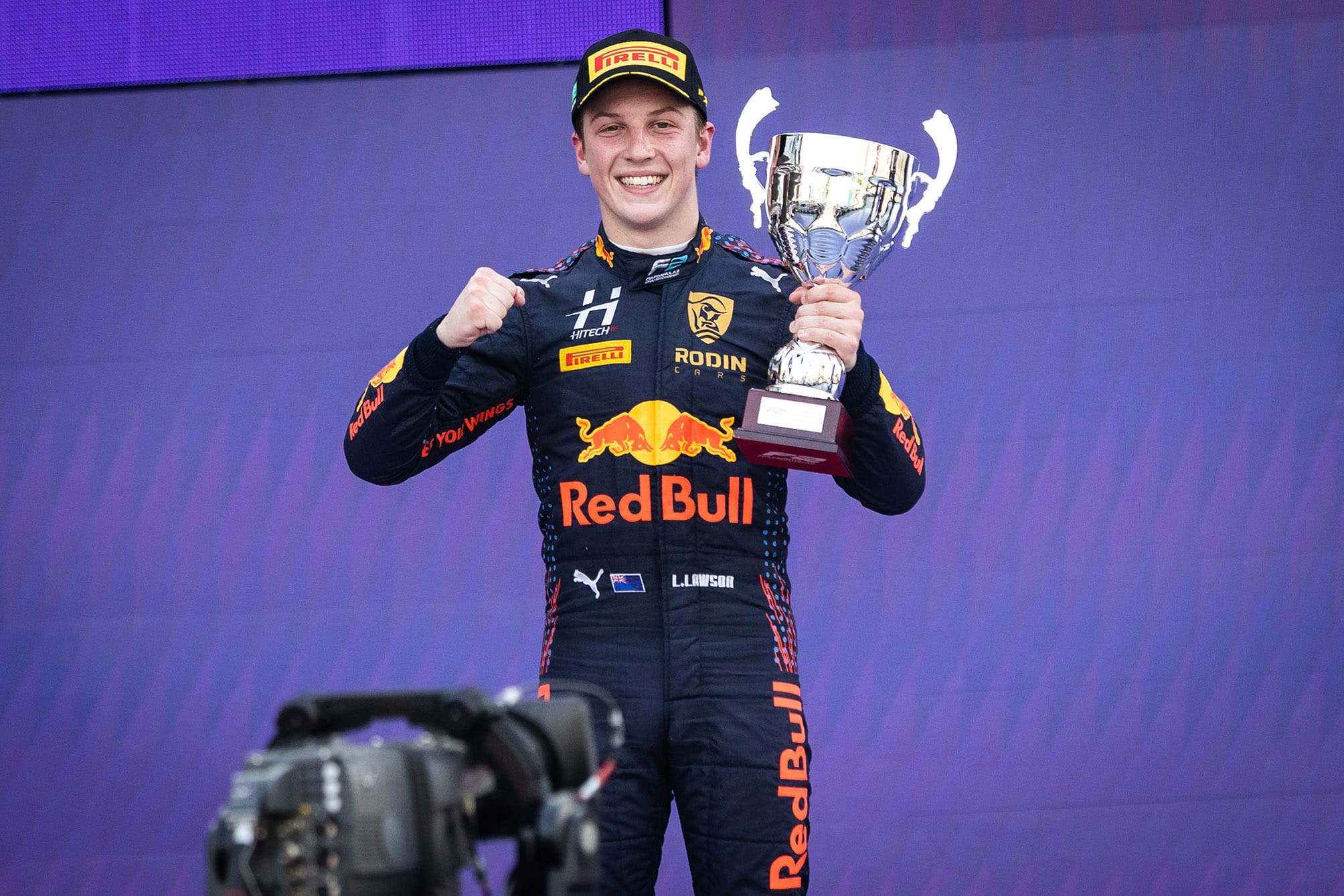 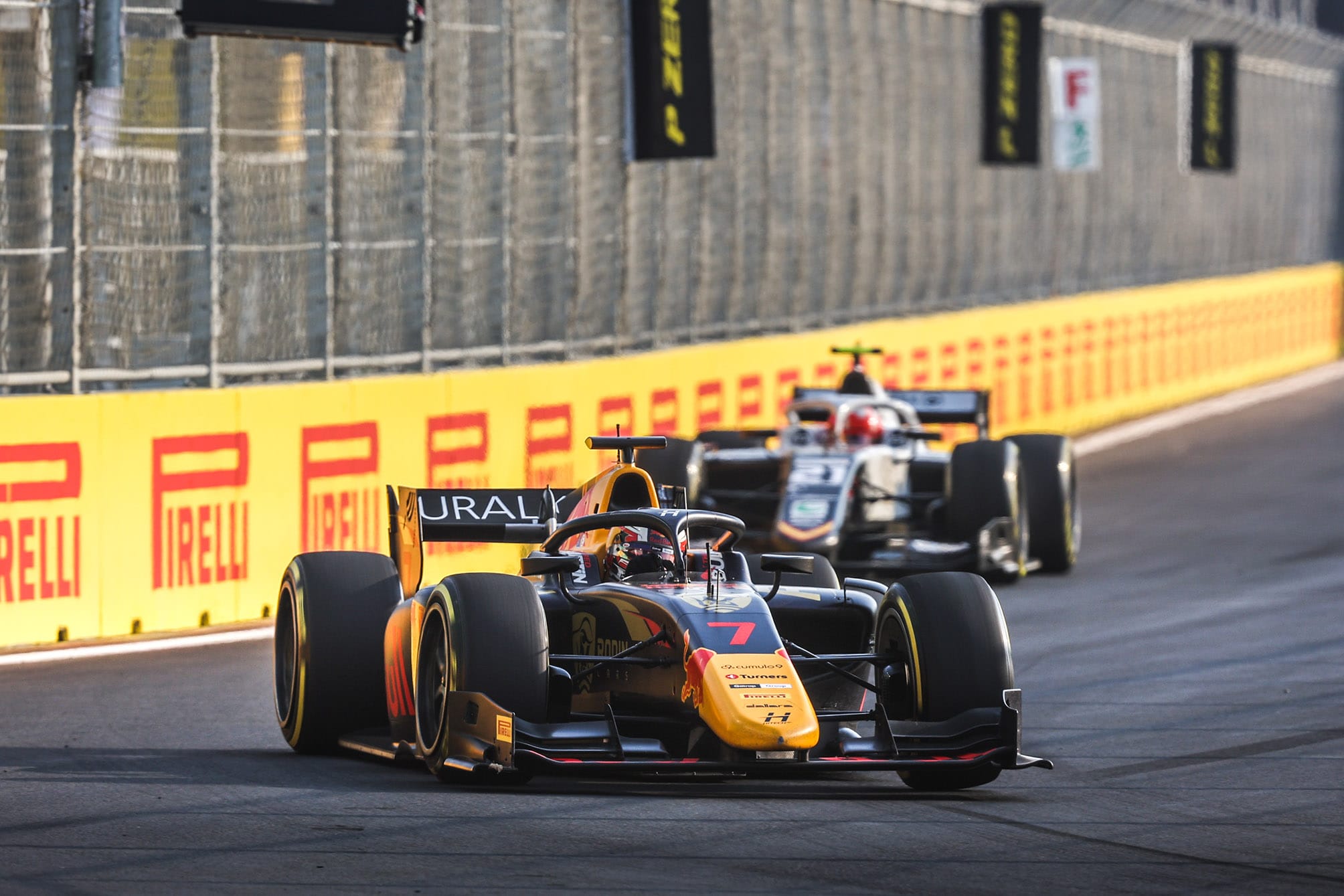