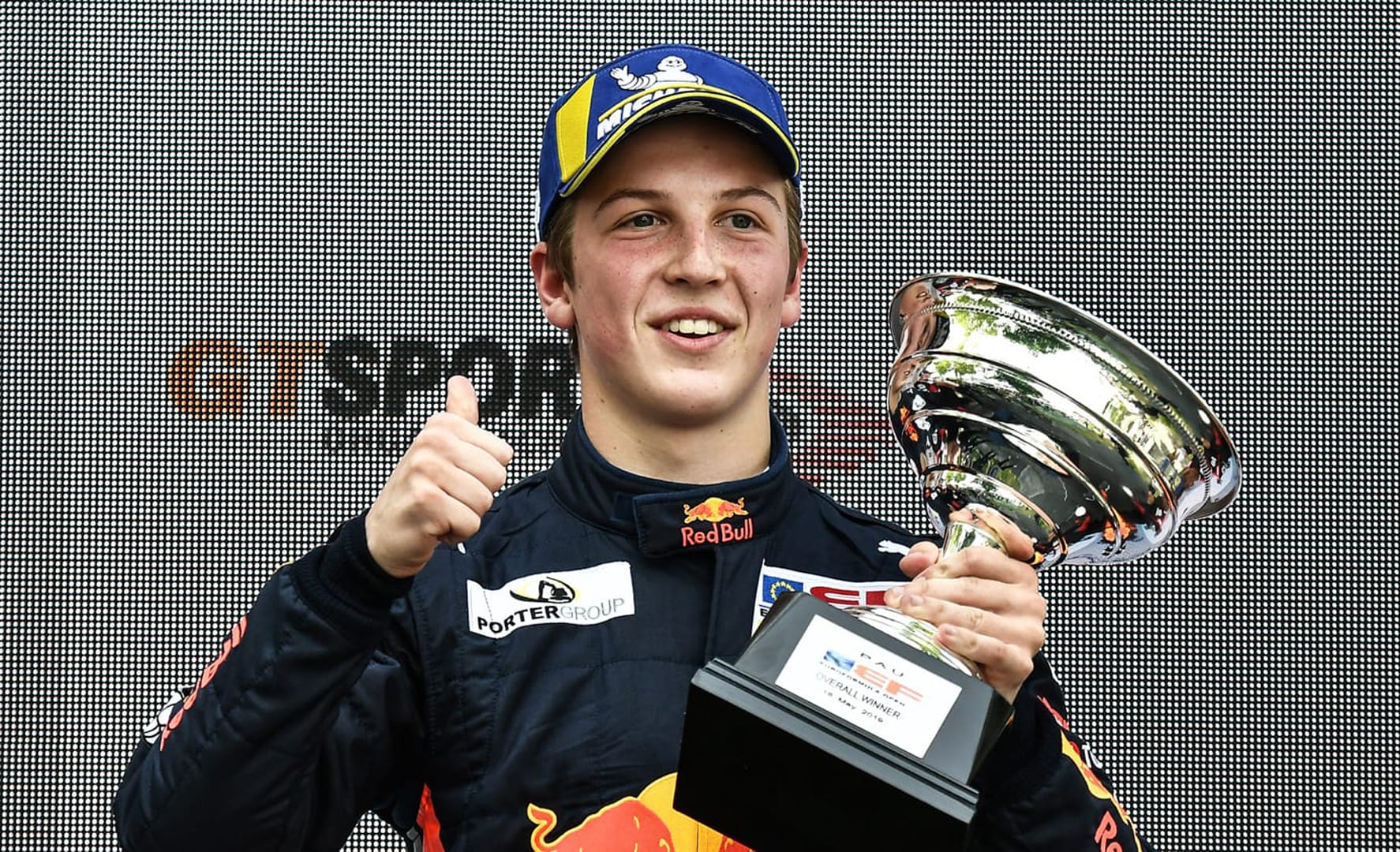 Announced at MotorSport New Zealand’s gala awards dinner in Wellington on Saturday night, Lawson has become the only driver in the 37 year history to win three on the trot. The trophy is awarded for the best performance by a New Zealand driver under the age of 21-years.

The award tops of a stellar year for the 17-year-old who over the past twelve months finished 2nd in the German Formula 4 championship, regarded as the most competitive F4 series in the world and backed that performance up with a stunning debut win of the New Zealand Toyota Racing Series (TRS), and the New Zealand Grand Prix. Lawson is only the second rookie driver to win both.

“It’s a great honour to win. I’m sorry I couldn’t be there to accept the award but I would like to thank the judges and all those who nominated me, ” said Lawson, who was in Germany racing at Hockenheim when the announcement was made.

Following his TRS success Lawson was signed by the Red Bull F1 team as a Junior development driver and is currently in Europe contesting both the all-new FIA F3 championship and the Euroformula Open series (EFO) for older style Formula 3 cars.

While he has contested just one round of the FIA F3, in which his performance was hampered by engine issues to his car, he currently leads the EFO championship. He was unable to attend the ceremony in Wellington due to racing at Hockenheim, Germany in the third round of the EFO series.

As well as winning the Steel Memorial Trophy he was also nominated alongside Kiwi motor racing legends Scott Dixon  and Scott McLaughlin for the sport’s top honour, the Jim Clark Trophy.

Last year he joined the like of Scott Dixon, Shane van Gisbergen, Mitch Evans, Nick Cassidy and James Munro as the only back-to-back winners of the Steel Memorial Trophy.