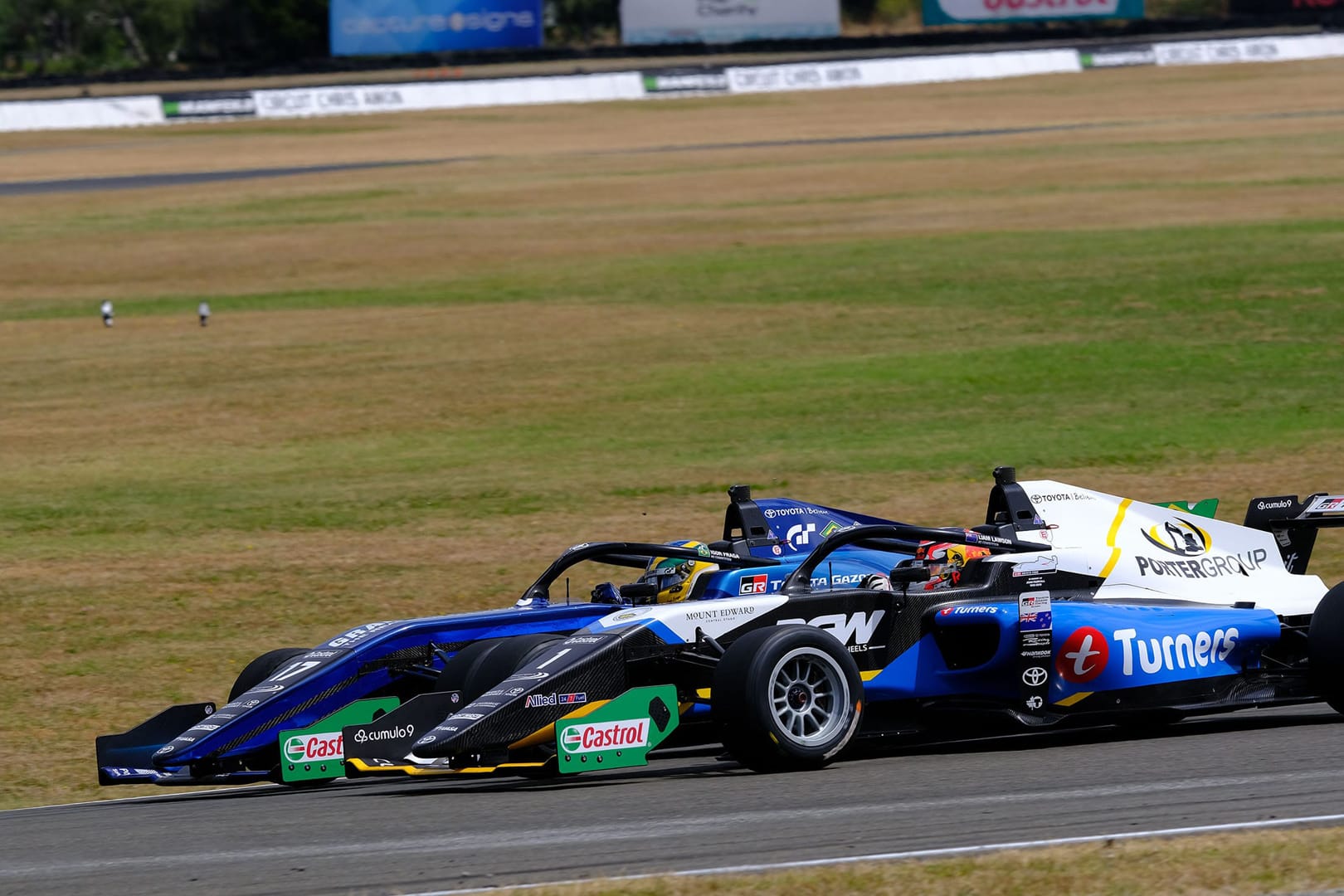 Lawson tops the stats in TRS

The two drivers that provided the championship battle of the Toyota Racing Series are set to meet again, this time in Bahrain when the official testing for FIA F3 gets underway on the first day of March.

Liam Lawson and Igor Fraga battled fiercely throughout the five-week non-stop series, with the championship title only decided at the very last race.

The 21-year-old Brazilian was the first to take the chequered flag in the finale, and in doing so Fraga clinched the series.

But it was Lawson, 18, who topped the stats.

While Fraga ended the TRS season on 362 points to Lawson’s 356,  he also finished all of the races. Lawson failed to finish the feature race at Hampton Downs whilst running in second position losing valuable championship points, due to a mechanical failure.

Lawson won the most races in his Turners/Porter Group car, 5 , and also claimed the most podiums, 10 from the 15 races.

The stat that Lawson totally dominated was the most fastest laps during the season. The Red Bull Junior driver was quickest in almost half of the races, clocking the fastest lap on 7 occasions.

The race for the championship between the two M2 Competition teammates became the highlight of the series.

Aside from battles on the track, the two drivers became good friends and worked well together, helping deliver M2 Competition the Teams championship for a record seventh time.

“The atmosphere has been really, really positive. Powerful as well, because we work together,” M2 Competition boss Jonathan Moury told Formula Scout.

“They were awesome, they thanked each other actually for the season, then wished good luck to each other, so that was nice to see. But it shows the respect they have for each other.”

Moury said they complimented each other and praised Lawson for working hard early on to bring Fraga up to speed.

“They both work hard for it, they really want it. It shows on the track, but also in the garage. It’s been incredible. Two really talented drivers.”

The two drivers delivered turned on a great sporting spectacle over the debut season of the new FT-60 TRS cars, and have now headed off from New Zealand to different parts of the world, only to meet again in Bahrain.

This time they won’t be teammates. Lawson returns to the series and will drive for Hitech Grand Prix while Fraga makes his debut with Charouz.

Lawson’s return to race in New Zealand this summer was spearheaded by his long-time supporters Turners, Porter Group, BGW Wheels and Cumulo9.