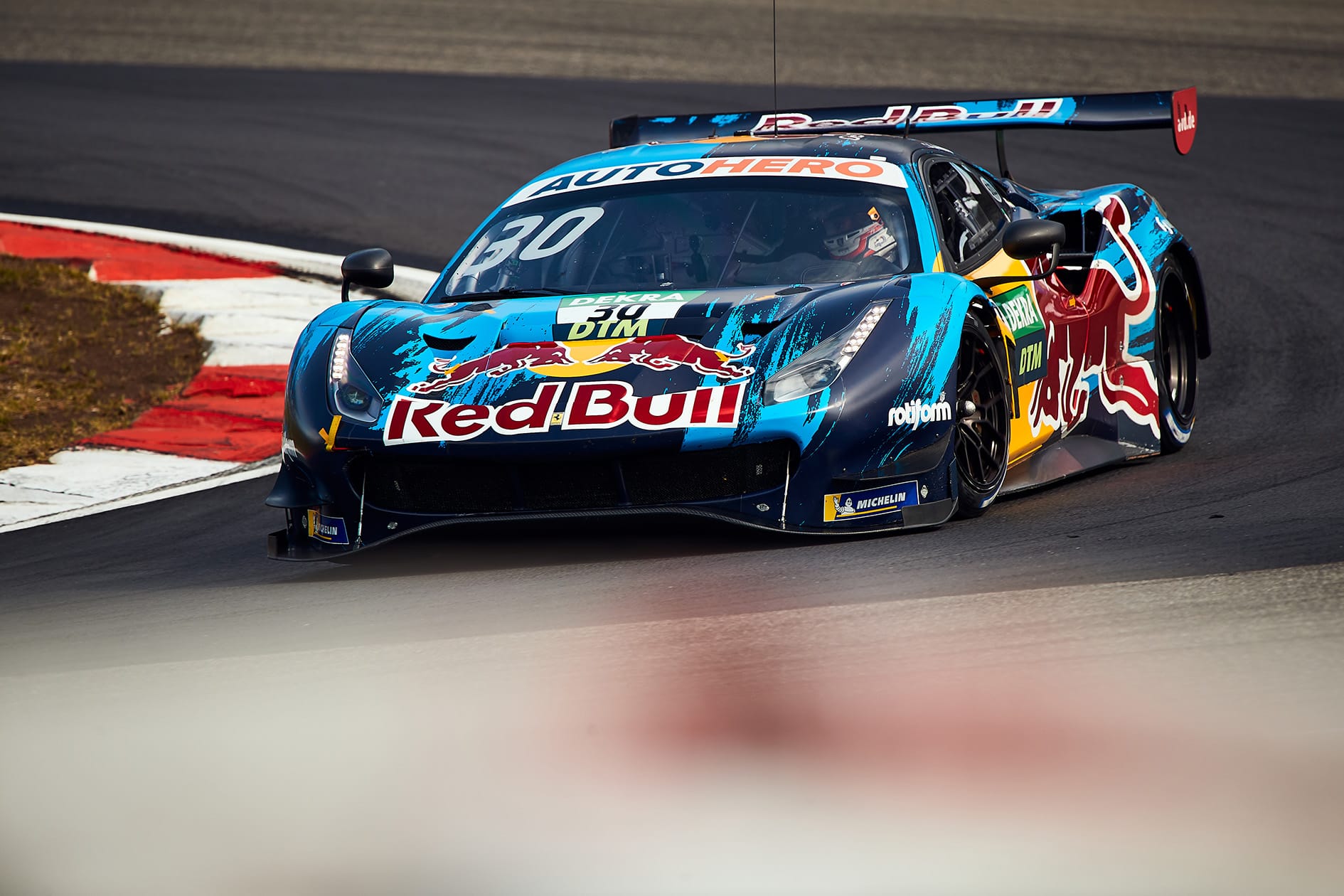 By Michael PriceSeptember 2, 2021No Comments

Liam Lawson remains positive as the DTM sports car series heads to the Red Bull Ring in Austria this weekend.

The 19-year-old rookie is looking to regain his points scoring form after a disastrous round at Nurburgring saw him come away from a round pointless for the first time in the championship.

Driving the Red Bull-backed Ferrari 488 GT3 Evo the young Kiwi driver believes the race tracks in the second-half of the season will be better suited to his car.

“I think from this point on in the season it’s looking very positive. We go to tracks that suit our car a lot more. Our car likes high speed corners so that’s positive.

“I love the Red Bull Ring. We went testing there last week and in this car it’s actually a lot more fun than I thought it would be, so I’m excited to race there,” he said.

After a winning start to the season Lawson and teammate Alex Albon have had the performance of their Ferraris clipped under the Balance of Performance rules, which aims to equalise the various sports car models racing in this championship.

Unlike most GT3 championships, DTM organisers elected to run their own BOP rules and this has come under harsh criticism, particularly from the AF Corse Ferrari team who suffered the biggest handicaps.

Some of that performance has been given back, and Lawson feels it’s much more even now than it has been.

“The BOP is now better for us. We feel we didn’t quite have it fair for a lot of the season. We think we have a strong package all round and we’ll see how it goes at the Red Bull Ring.”

Lawson says the last two rounds with the BOP made it difficult for the Ferraris to keep in touch with the front-running Audi and Mercedes cars.

“All the low speed stuff, the ‘mickey mouse’ tracks like the Nurburgring short track and Zolder which is really tight and twisty – that’s a track that suits an Audi, for example. They have a lot more lateral grip in the low speed corners than we do. We can’t seem to match what they do.”

Two non-points scoring races at the Nurburgring saw Lawson slip from 2nd to 5th in the series.

“Unfortunately we had a terrible weekend, one of those where everything that could happen did happen. It is what it is, behind us now.”

The races will now come thick and fast with the final four DTM rounds over the next five weeks.

On top of that, Lawson also has to switch modes back to his Formula 2 campaign with two rounds, Monza and Sochi, interspersed with his DTM duties.