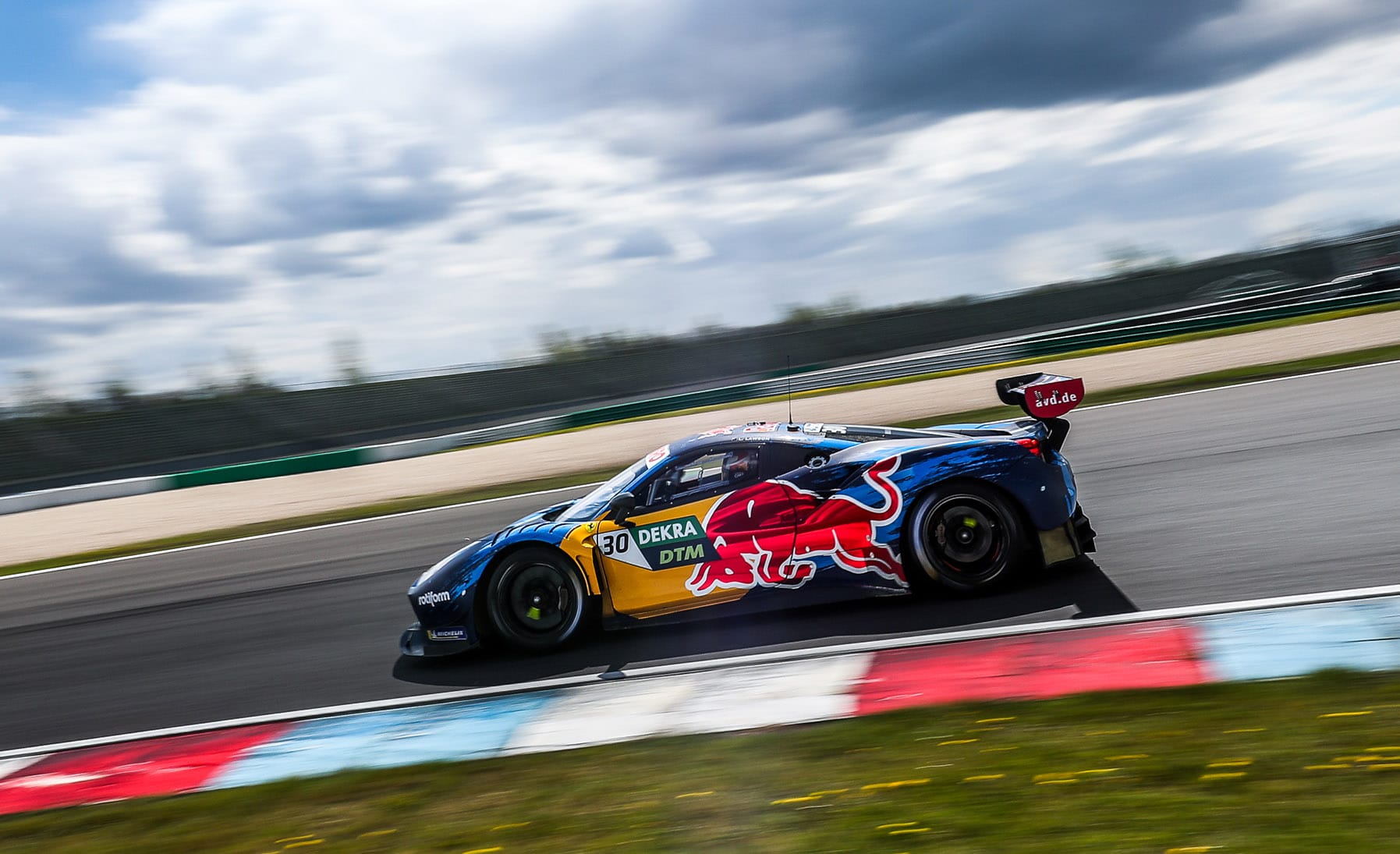 By Michael PriceJune 18, 2021No Comments

When the revamped DTM series was announced for GT3 cars from the start of this season, the Ferrari team was one of the first to enter. Lawson and Albon were the first drivers confirmed for the championship.

Lawson has only raced in single-seater championships since he started car racing in 2015, rising to Formula 2 this year backed by Red Bull and Rodin Cars.

The seven round DTM series will be his first championship in a sports or saloon car series, and a completely new experience for the 19-year-old.

“For me, wheel to wheel in a GT car will be the biggest learning curve for me. Getting used to having all that space on the right of me.”

To have the opening race at such an iconic track just 80km from the Italian team’s headquarters in Piacenza, and representing Ferrari’s entry into DTM, is a special occasion for AF Corse.

“It will certainly be very symbolic to start our DTM history from Italy,” team principal Amato Ferrari told DTM.com. “We can expect a great show at Monza.”

Lawson is looking forward to his debut with the team at a track he already has fond memories of racing at.

“It’s very exciting having our first race in Italy! It is a very cool experience driving for an Italian team and I’m excited for the atmosphere this weekend,” he said.

“My first time in Monza was in FIA F3 2019. I managed my second podium of the year in a drying race. The place definitely has something special about it, especially on a Formula 1 weekend.”

“My favourite memory was winning the last race of the season in EuroFormula here, in a big battle with my teammate at the time Yuki Tsunoda. It was a nice way to cap off the year.”

The DTM season begins with two Free Practice sessions on Friday night NZ time, with Saturday and Sunday each having a Qualifying session and a 50-minute race.

There are 19 drivers entered for the opening round at Monza with cars representing five manufacturers, Mercedes, BMW, Lamborghini, Audi and Ferrari.

Fellow New Zealander Nick Cassidy will partner Lawson when Albon is required as the F1 reserve driver for Red Bull. Albon will however miss the French GP this weekend to be at Monza. Cassidy is racing in his regular series this weekend, Formula E in Mexico.

Amato Ferrari, who started AF Corse in 1995 after a racing career himself, is delighted with his driver line-up.

“They are three fantastic drivers. They are real professionals and great for the team spirit. It is a real pleasure to have them in the team.”

A special arrangement has been made for New Zealanders to watch all sessions live via the DTM website this weekend, DTM.com, while negotiations continue over coverage for the rest of the season.