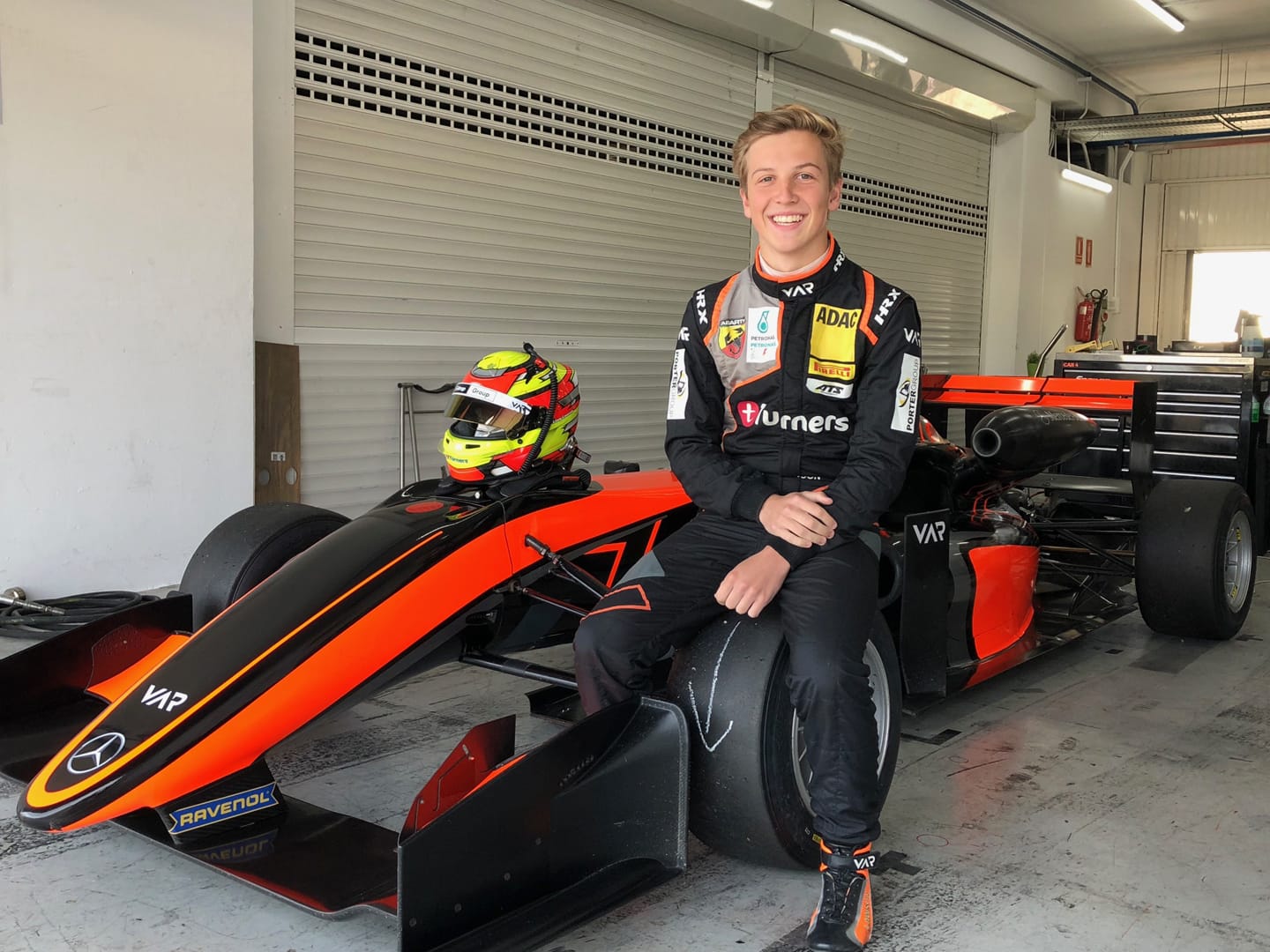 Called up for the test by Van Amersfoort Racing (VAR), the team Lawson successfully drove for in German Formula 4 this year, the four-day test allowed the Pukekohe-based teen to double his experience in what has been the quickest single-seater he’s driven to date.

With Lawson, 16, about to make his debut in the New Zealand Toyota Racing Series (TRS), he says the mileage in the F3 car was good seat time before the non-stop five week series begins at home.

“The F3 car is a lot quicker than the TRS car but it’s all helpful seat time going into my home series,” he said.

“It was amazing to be back in the car car again [F3]. It definitely took a few laps to adjust back to the speed but I absolutely loved it.”

Prior to the Valencia test, Lawson had two-day sessions at Lausitzring (Germany) and Silverstone (Great Britain) but a solid four-day test allowed him to experience more changes to the car’s set-up.

“I’ve only done two-day tests before which is normally quite a lot so four days was absolutely awesome. I managed to extract everything out of the car and the track, making lots of changes and learning a lot.”

From next year these cars will run under the newly named European Formula Masters championship and several teams, including VAR, who are committed to the new series, spent the past two weeks testing at Valencia before the European winter testing ban came into force.

Lawson spearheaded VAR’s final week of testing and he didn’t disappoint, the fastest driver in most sessions and ending the week with the fastest overall F3 lap time.

“Valencia is a great track, very high speed but also plenty of low speed corners. It’s very physical because you don’t get a break at all during the lap, it’s a very busy circuit. So four days of it was pretty draining,” said Lawson.

“It’s been amazing to come back and test with VAR again and I can’t thank them enough for this opportunity.”

While no decision has yet been made on which Formula 3-type championship Lawson will contest in Europe next year, his attention now turns to the Castrol Toyota Racing Series, which has attracted several top-line international drivers and kicks off at Highlands Motorsport Park near Cromwell on January 11-13.