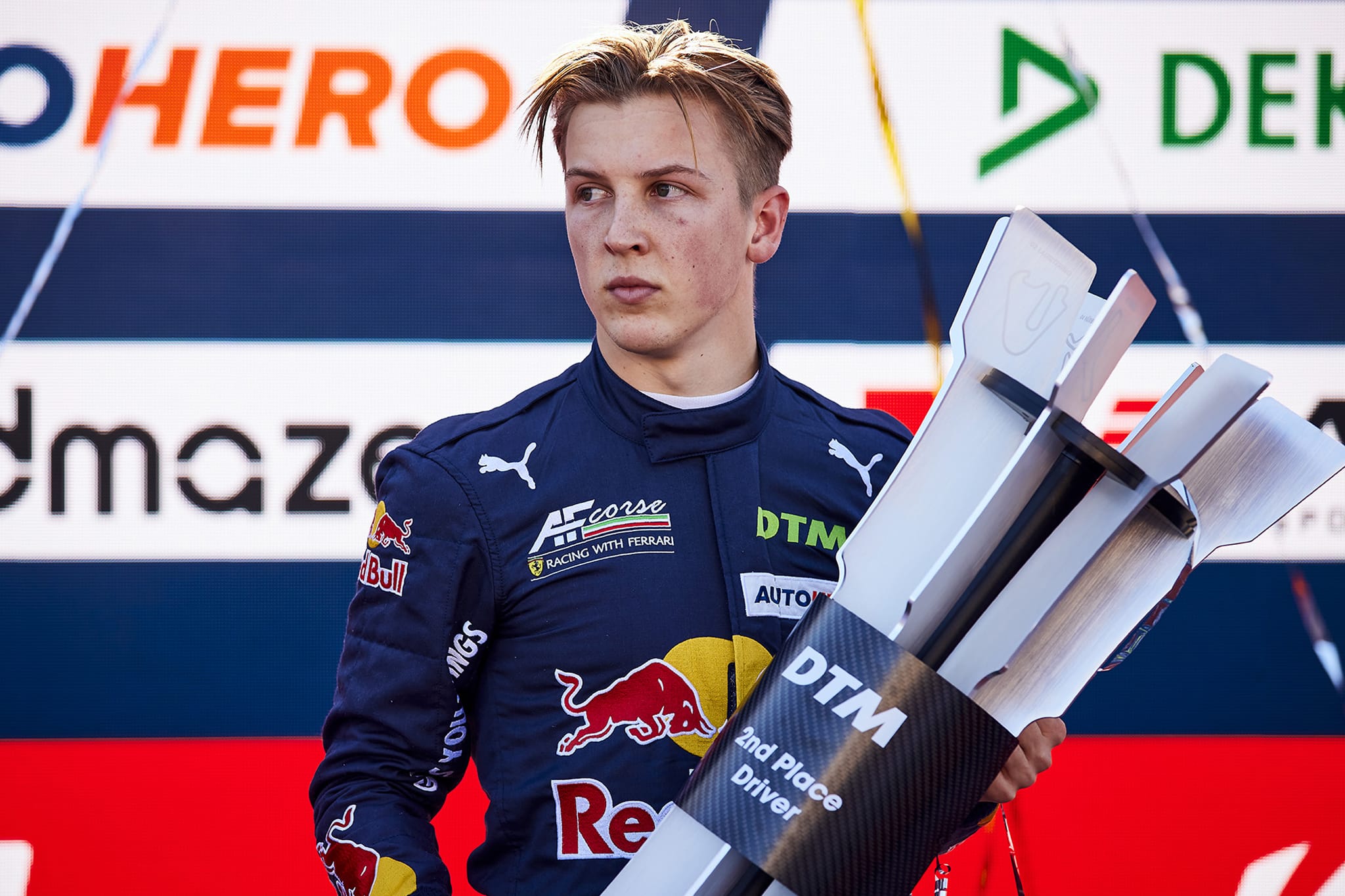 By Michael PriceOctober 11, 2021No Comments

Liam Lawson’s charge to the DTM title came crashing down in the grand finale after his main rival Kelvin van der Linde pushed the young Kiwi out of contention on the opening lap.

The incident damaged the steering on Lawson’s Red Bull-backed Ferrari 488 and after two visits to the pits he limped around for the remainder of the race.

However Lawson was still on target to win the title until Mercedes imposed team orders to deny him the title.

The German marque issued orders to their three leading drivers during the closing laps to let third-placed Maximilian Gotz by to win the race and therefore deny Lawson the trophy by 3-points. Without those orders, Lawson would have won the title by 7-points.

The turn two incident on the opening lap was a repeat of van der Linde’s tactic in the first race when the Audi driver outbraked himself trying to snatch the lead from Lawson. This time he made a very late dive down the inside going into the turn and forced both Lawson and his fellow Kiwi teammate Nick Cassidy out wide.

By the time the AF Corse Ferraris got going again they were well down the field, Lawson battling with broken steering.

Van der Linde received a 5-second penalty for the incident but a heart-broken Lawson was scathing of his desperate efforts.

“It was just the same as yesterday,” Lawson said at the finish. “I really thought the guy would learn. After what he [van der Linde] did yesterday, to do the exact same thing. Obviously he ruined our race from there, pretty gutted.

“Really disappointed for the whole team. They deserved this, they worked so hard this year. Every weekend they’ve given the absolute maximum and I really wanted to repay them this weekend with the title.

“We had it right there, obviously with pole position again today, the car was really, really good. Another good start but sometimes you just can’t prevent the same idiot from doing the same thing.”

The 19-year-old Kiwi had dominated the weekend’s racing until then. Lawson claimed pole position for both races, finished 3rd in race 1 to record his 10th podium from 15 races and was the odds-on favourite to win the first of the new-look DTM series for GT3 cars going into the final race.

As the final race of the season wound down on the last lap Lucas Auer surrendered his 20-second race lead to Gotz with Maximilian Buhk completing the podium for a Mercedes cleansweep.

On top of his runner-up trophy, Lawson’s Italian AF Corse team won the Teams’ championship and he convincingly won the Junior Drivers’ title two rounds ago.

Cassidy was drafted into the squad this weekend to replace Alex Albon who was in Turkey on Formula 1 duties.

The one bonus Lawson can take away from his debut season in DTM is scoring enough points to assure him of qualifying for a Super Licence which is required to drive in Formula 1. He needed to finish the season in the top two.

Lawson has a test with the AlphaTauri F1 team in December and the licence will allow him to be nominated, if they choose, for a reserve driver role and to take part in Free Practice sessions in F1 next year.

Meanwhile he has an eight-week break now before the final two rounds of his Formula 2 season in December.

Liam Lawson (Ferrari 488 GT3 Evo) was the star of DTM this year and was cruelly denied the championship in a controversial season finale at the Norisring. (Photos: Red Bull Content Pool) 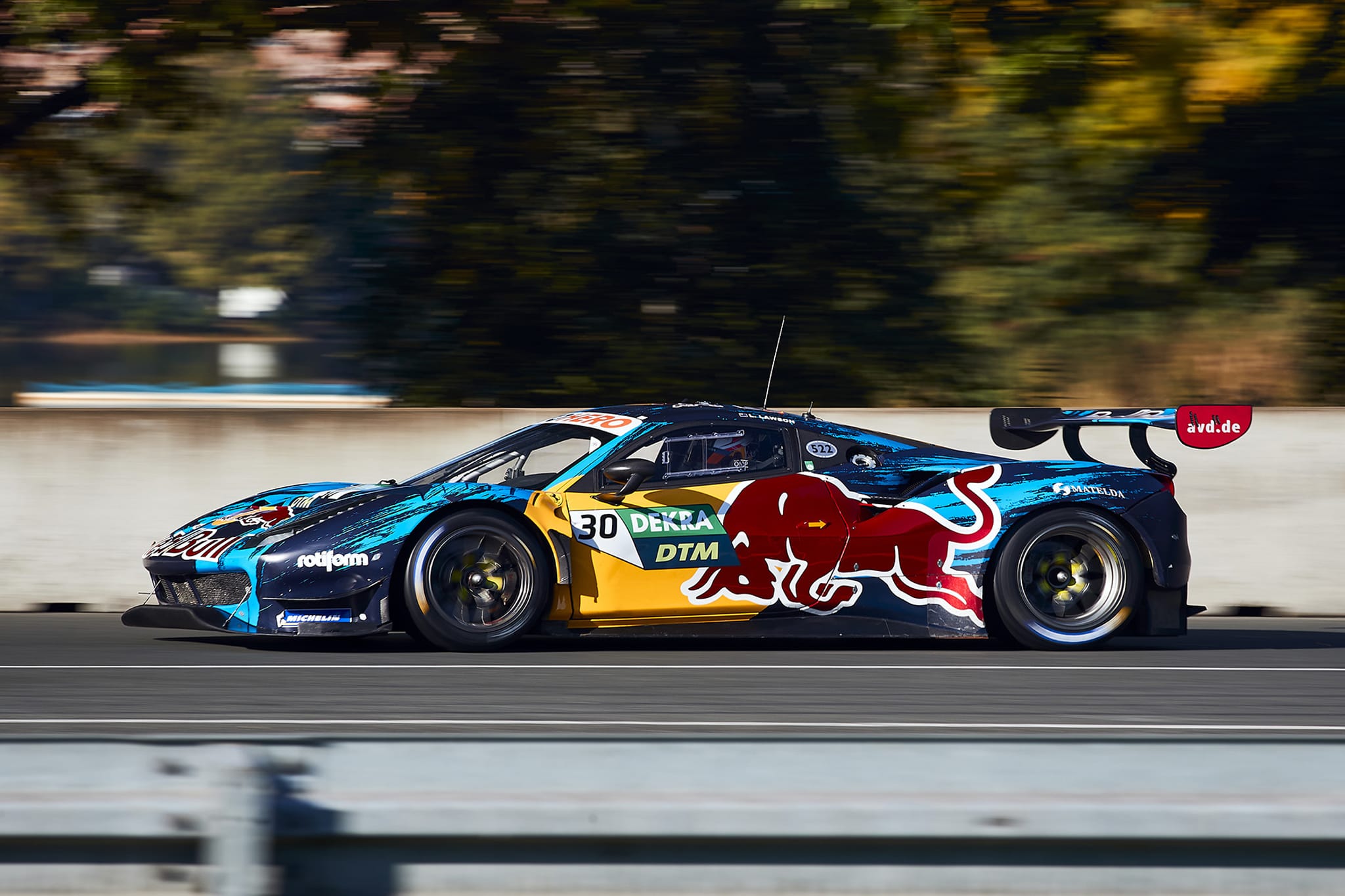 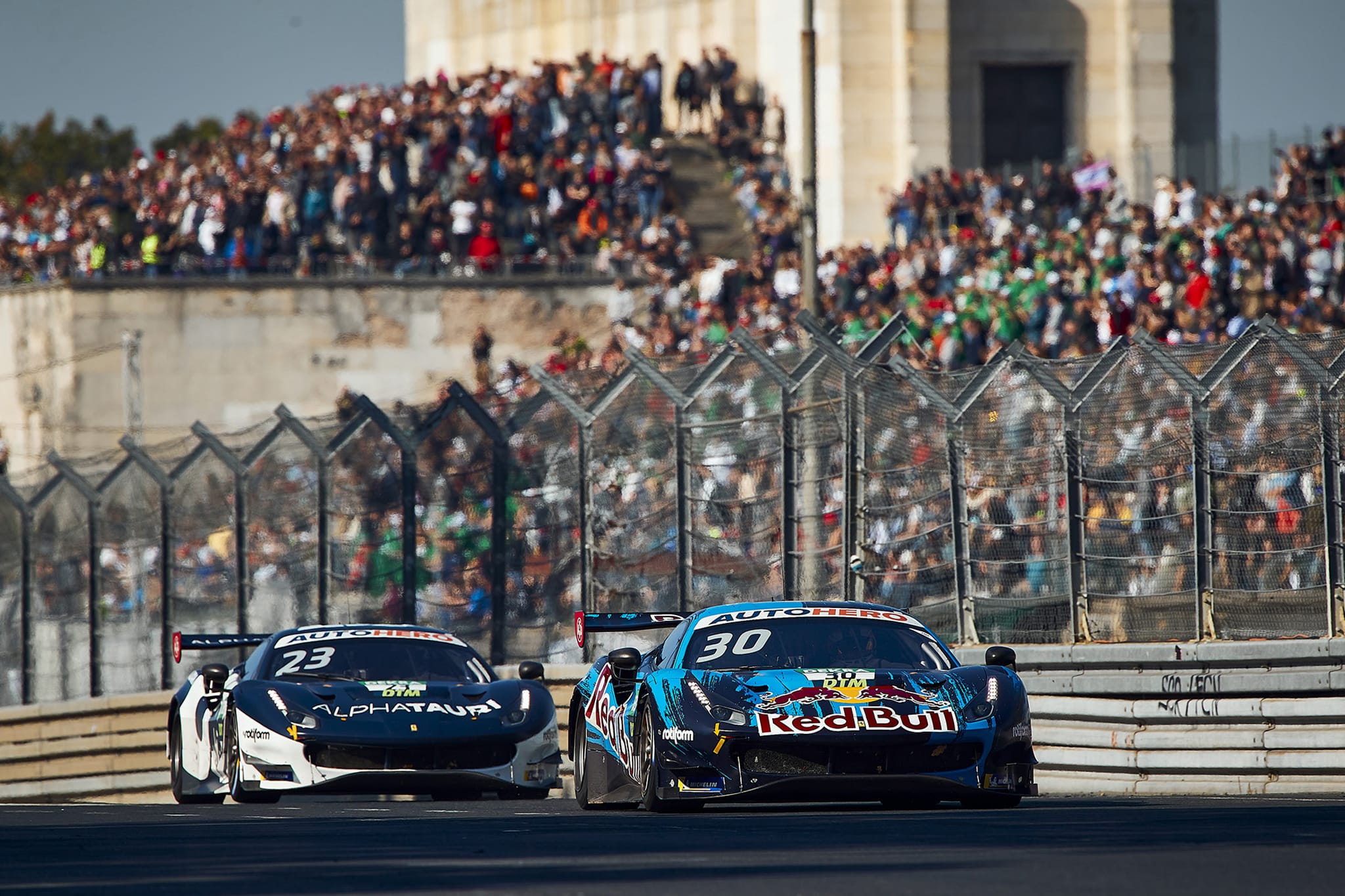 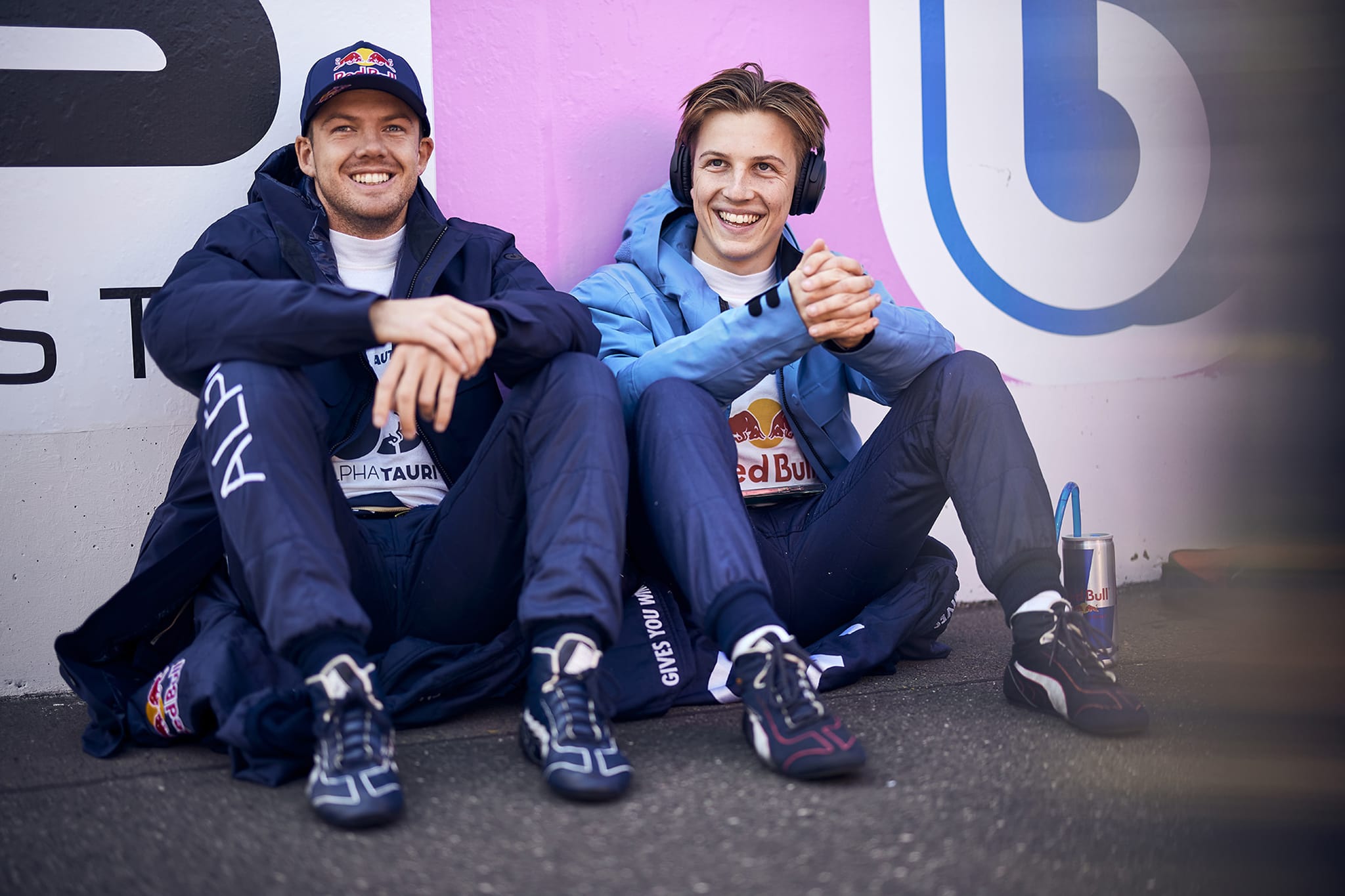