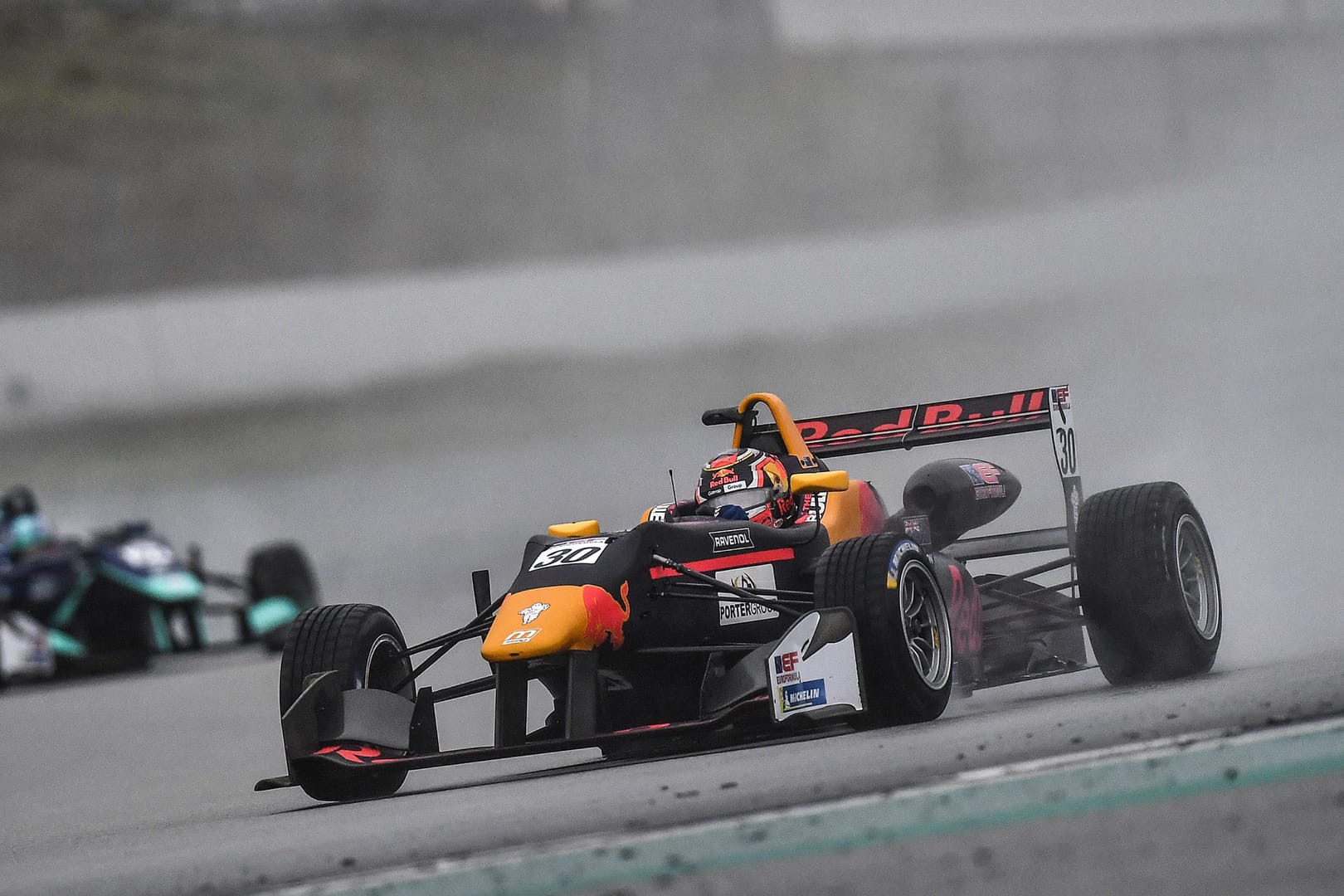 A dominant performance in a rain soaked race at Barcelona has put Kiwi driver Liam Lawson back into runner-up contention in the European Formula Open championship.

The 17-year-old Red Bull Junior driver went to Spain in a distant third place but has now closed within 8 points of second place heading into the final two races of this season’s championship, the last to be held using this model of Formula 3 car.

Lawson, along with his Red Bull Junior teammate Yuki Tsundoa missed two rounds (four races) while competing in FIA F3 on the same weekends, so hopes of a championship title were dashed several months ago. Lawson led the series through the opening rounds.

But it was a stunning performance in wet weather at Circuito de Barcelona in the opening race of the weekend that gave Lawson a big handful of points in his Porter Group/Turners/Giltrap Group backed #30. That victory and a sixth place finish in Race 2 the following day launched him back into contention for the runner-up spot.

Starting eighth on the grid in Race 1, Lawson immediately picked off several drivers on the opening lap and advanced quickly to fifth place. He then set after Linus Lundqvist, eventually getting by the Swede on lap 13 of 17. By then Nicolai Kjaergaard was four seconds down the road but a determined Lawson chased down the Danish driver to pull off the move for victory on the very final lap.

“Luckily the race was wet, I love racing in the rain. We started P8, got a good start, passed people early and then was patient,” said Lawson.

“Lundqvist did a really good job of keeping ahead of me but eventually I got through and it was cool to pass Kjaergaard on the last lap for the win, it’s been a while.”

Saturday was so wet that Qualifying was cancelled and the grid for Race 1 was therefore made up from Friday’s Free Practice times, which put Lawson at a disadvantage because his Motopark team had concentrated on race runs and had not gone for any quick lap times.

But it didn’t matter. Another trademark Lawson driving lesson in the rain allowed him to steal the win.

Earlier in the season Lawson became the first New Zealand driver in 27 years to win a race on the streets of Pau, when he dominated the opening race there in similarly wet conditions and went on to win by 16 seconds, leading from start to finish off pole position.

“This morning in Qualifying [for Race 2] we had an issue with the car, problems with the pedals but we still managed to pull out a lap for P5. I had a good start but [Marino] Sato was quicker and even though he started to lose the rears early it is so hard to pass here. We had really good balance and it should have ben easier.”

“Hopefully we will not have the same problems in Monza. I’m looking forward to the passing opportunities there.”

Sato wrapped up the title with his 10th place finish in Race 1 only leaving Lawson and Dunner to scrap over the runner-up position. 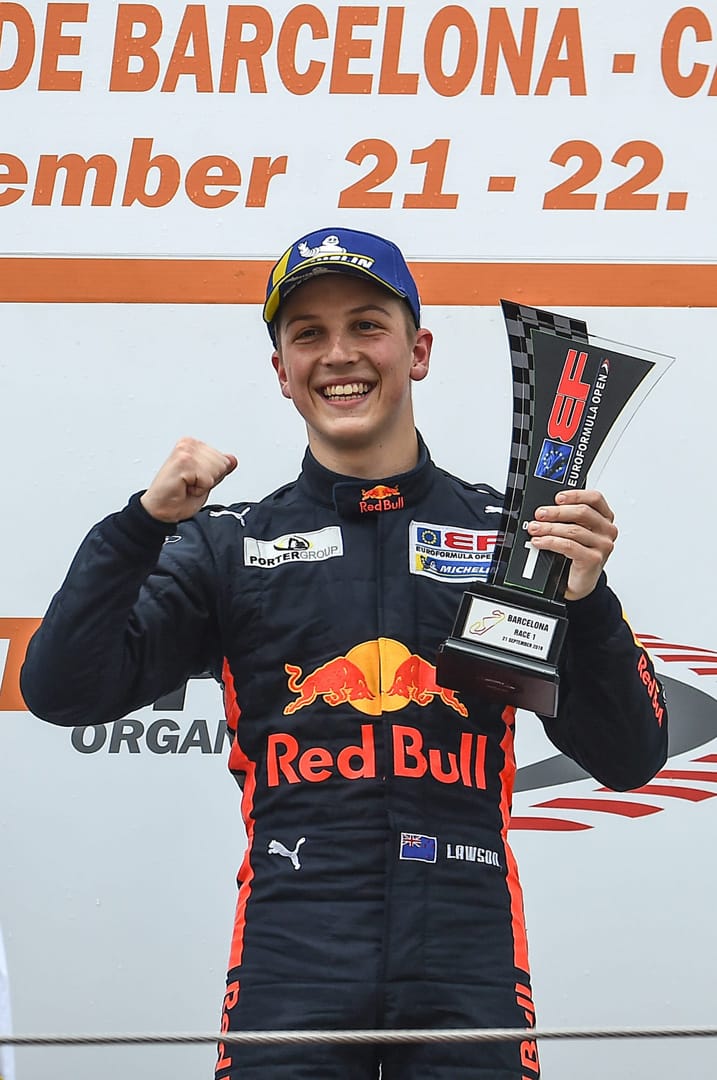