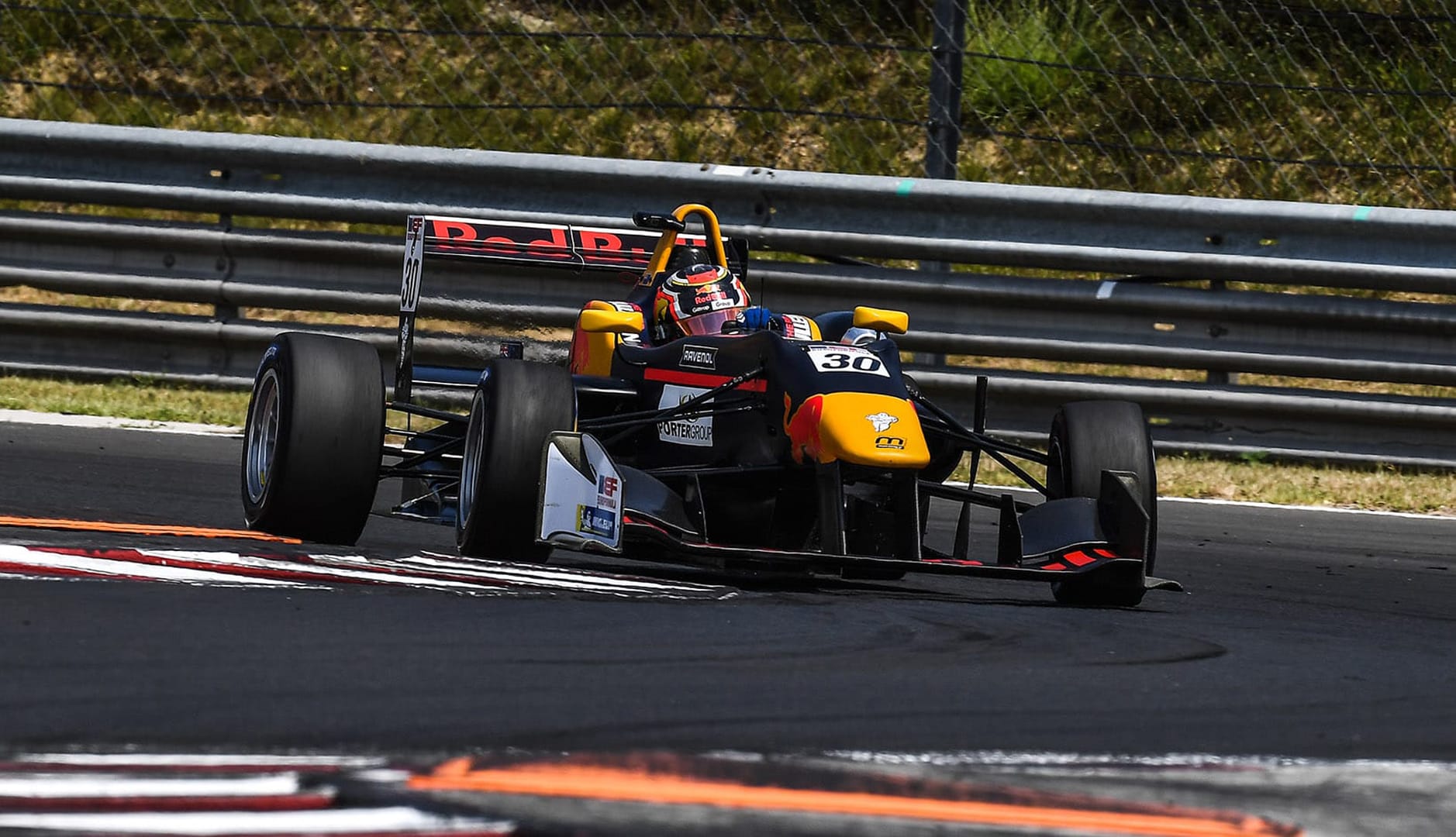 Lawson back on the podium in Hungary

Liam Lawson returned to the podium in Hungary when he finished third in the opening race of the weekend and maintained his second place in the Euroformula Open Championship.

The 17-year-old Kiwi driver finished best of the Red Bull Juniors and keeps his lead in the Rookie championship over Motopark teammate Yuki Tsunoda, who finished one place behind Lawson.

There was little action is the 17-lap race apart from winner Marino Sato (Motopark) passing poleman Lukas Dunner on the opening lap. Lawson started where he finished, as did Tsunoda. Linus Lundqvist meanwhile got by Teppei Natori to finish fifth and sixth respectively.

Dunner had one lunge at Sato to retake the lead during the race in his team Teo Martin Motorsport car but his effort was never really a threat.

The podium reflected the tense Qualifying session earlier in the day when the grid was set by the top three drivers in the final minute of the 25-minute session. Sato set the benchmark with just over 60-seconds to go, Tsunoda was next but on a last-lap dash to the finish line Dunner took the Pole off Sato and Lawson leapt into third place.

The championship format is repeated on the second day, with another morning qualifying and 17-lap race in the afternoon.