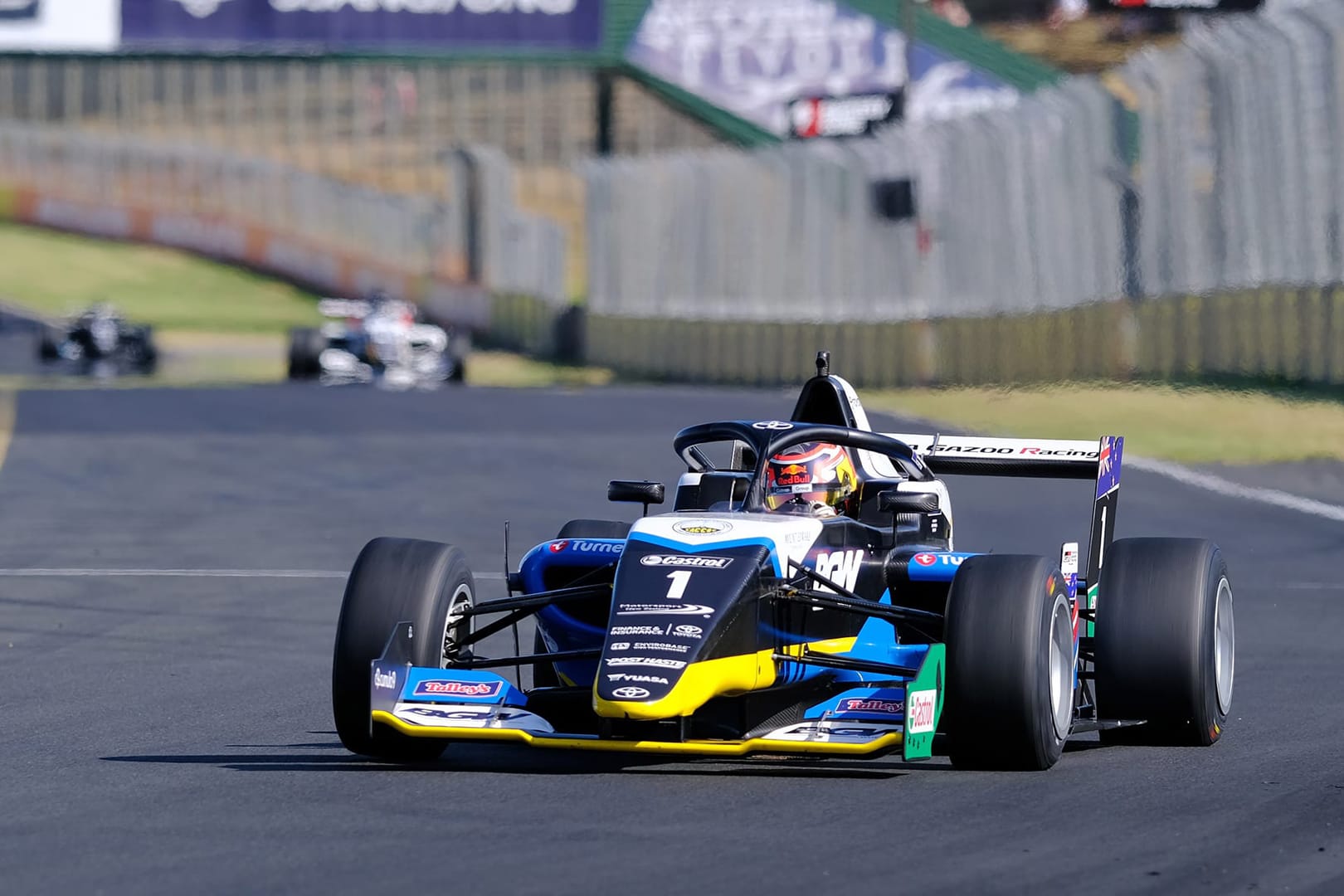 “Just incredible, what a feeling to end the day like that, absolutely fantastic,” said an elated Lawson, who turns 18-years-old on Tuesday, February 11th.

On his way to a lights to flag victory Lawson set a new outright lap record for single-seaters on the current track layout, blasting his Turners/Porter Group TRS car around in 59.997-seconds.

“When it came to qualifying we knew the car was good and it was just down to me to deliver.”

And deliver he did.

After stopping in the final race the previous weekend at Hampton Downs when the engine’s turbo actuator failed, Lawson lost the championship lead he’d built up from the first race of the series. Success at Pukekohe put him back into the lead by eight points with one remaining, when his closest championship rival, Brazilian Igor Fraga suffered bad luck.

The pair were separated by 11-points in the Brazilian’s favour going into the NZ Motor Cup feature race but Fraga was hit from behind and spun out on the first lap, allowing Lawson to streak away to his commanding race victory.

“He [Fraga] still managed to pick up some points but I guess we have both had our bit of bad luck now.”

“It’s great to have the points lead back, anything can happen but I don’t have to take any extra risks in the last three races, we’ve just got to keep on the same way,” said Lawson.

It’s been quite a year for Lawson. He won the NZ Grand Prix and the TRS championship on debut last year a day before his 17th birthday, now he’s won the prestigious NZ Motor Cup two days shy of his 18th birthday.

This coming weekend his focus will shift to retaining the NZGP Cup and the TRS championship when the five-round, five-week series comes to a close at Manfeild Circuit Chris Amon. 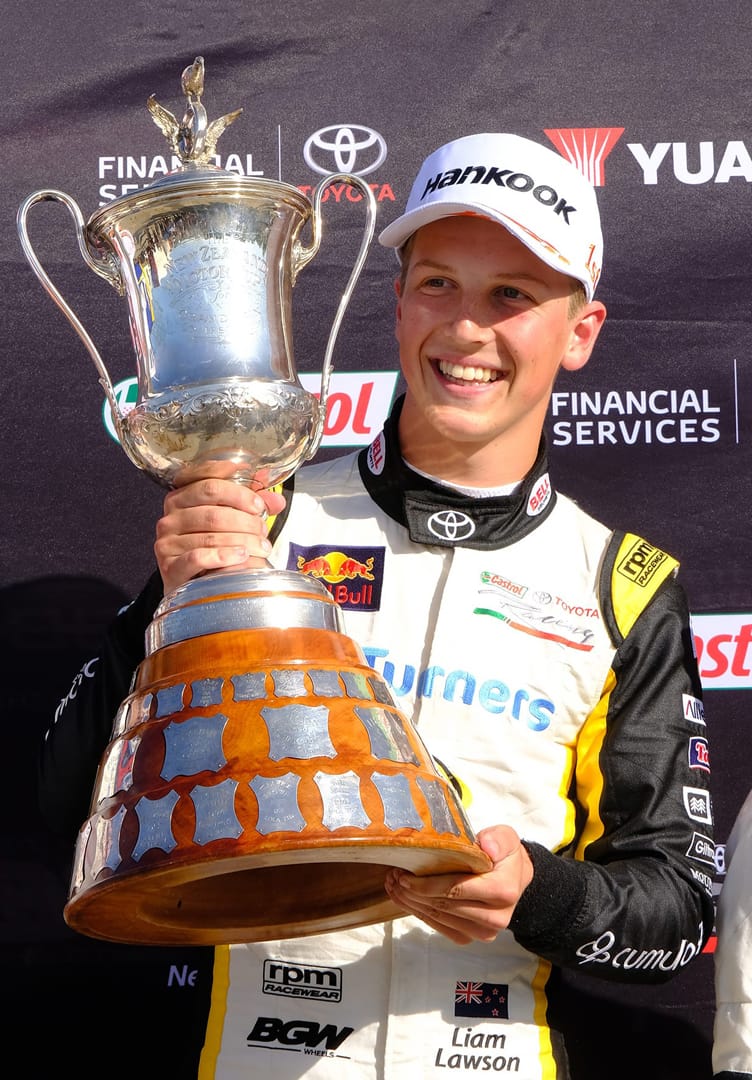