After a year in Formula First, Liam graduated to Formula Ford, known in New Zealand as F1600. His family managed to secure a NZ championship winning Mygale and with very limited resources contested both the South Island Formula Ford series and the New Zealand F1600 Championship.

As Formula First is a North Island only based series, this was the first time Liam had raced on circuits in the South Island, so a dual campaign helped when championship races went to these venues. In some cases, the race meeting doubled as both South Island and national races.

Again, Liam won on debut in Formula Ford when he tested the car at a Club meeting at Pukekohe, the famous circuit on the edge of his home town.
Liam contested 22 Formula Ford races that summer, taking victory in 20, finishing 2nd in another and stopping with an engine failure while leading his first race in the South Island at Christchurch’s Ruapuna Raceway.

In winning the New Zealand F1600 title, Liam set a record-equalling 14 wins from 15 races and was unlucky not to become the first driver ever to take a clean sweep. During a race at Teretonga Raceway Liam was pushed off the circuit while leading and recovered to challenge for the lead. A mix-up by the flag marshall saw Liam retake the lead on what he thought was the last lap when in fact the chequered flag was waved just after the two leading cars had crossed the line, which neither driver saw. Liam was classified 2nd.

Liam qualified on pole for every national championship race.

The break-out season was a true testament to Liam’s driving ability. His team consisted of his buddy Jordie Peters and father, Jared. During the season there was no data analysis, no engineering input, in fact the car was barely changed between the meetings. Liam simply just drove what he had. The car was towed around New Zealand on a borrowed trailer after the one his family had purchased was stolen outside their house just before the start of the season.

At Liam’s first outing at Teretonga – the world’s most southern racing circuit at the bottom of the South Island – local resident John Keast offered his services and support after watching Liam outclass every driver in the wet. John and the Keast family became an integral part of the Lawson ‘racing family’ and John’s knowledge, particulary on tyres, became a big part of Liam’s racing success.

It was during this season that his extraordinary talent for driving in the wet came to the fore with many stunning performances, winning some races by nearly a lap.
His outstanding performances set the scene to look further afield for opportunities to continue on the single-seater pathway.

During his Formula Ford campaign Liam was also mentored by legendary racing icon Ken Smith. In fact he had to wear Kenny’s racing helmet the weekend he won the title because he couldn’t fit his old one and the family couldn’t afford to buy a new one.

Liam clinched the New Zealand championship title at the final round at Manfeild and became – at the time – the world’s youngest ever Formula Ford champion. 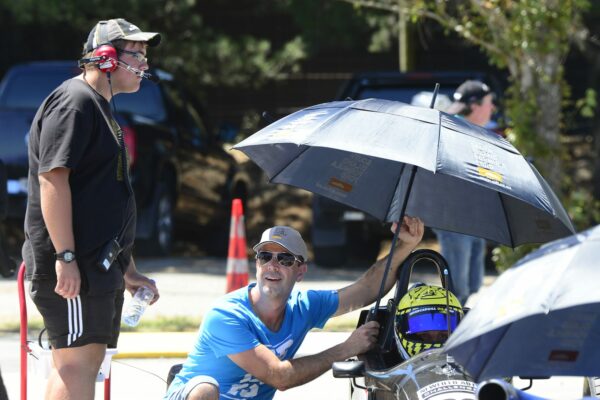 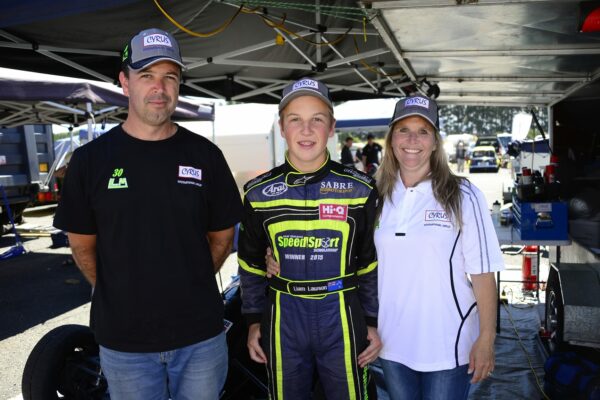 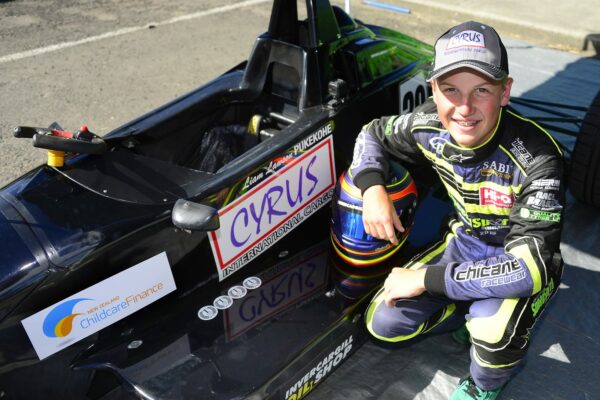 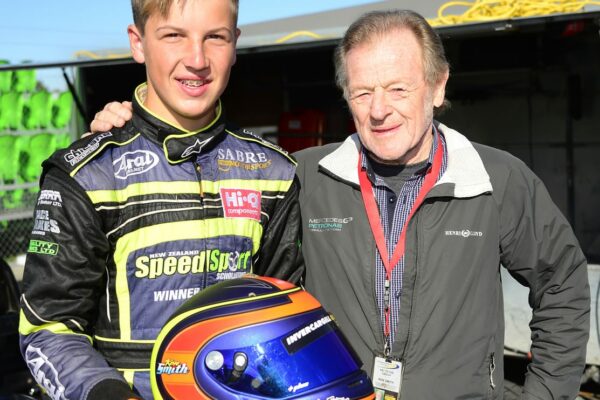 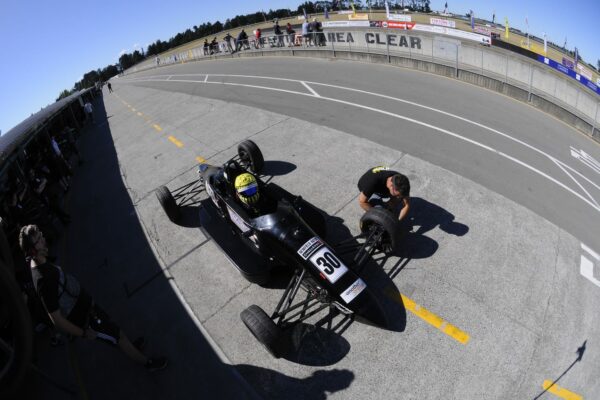 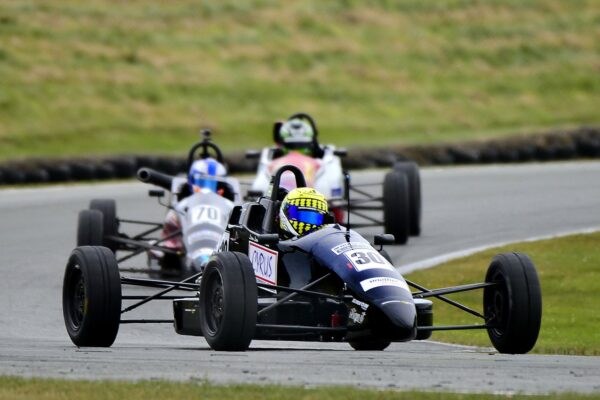 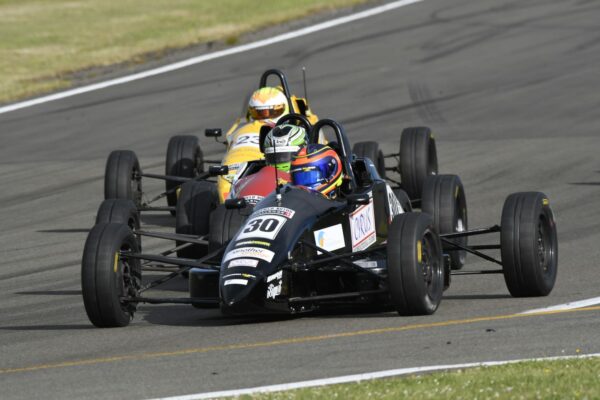 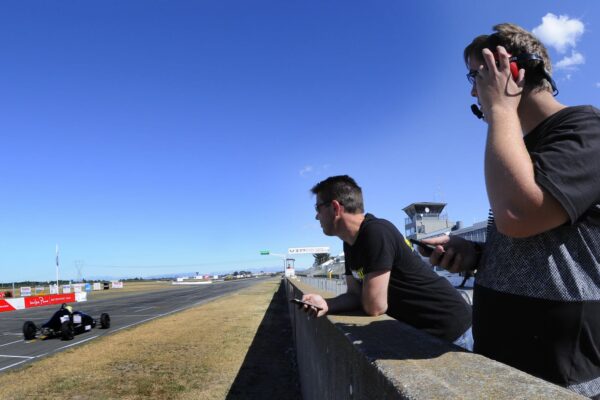 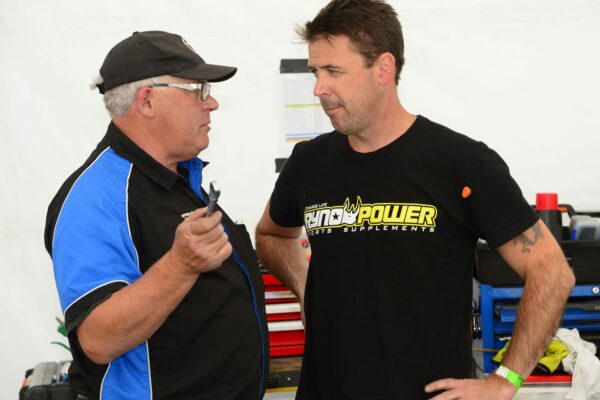 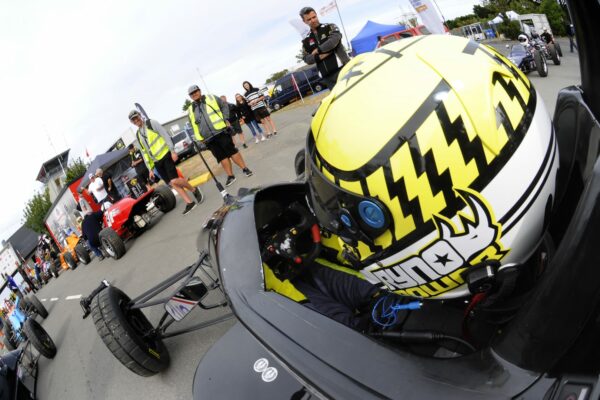 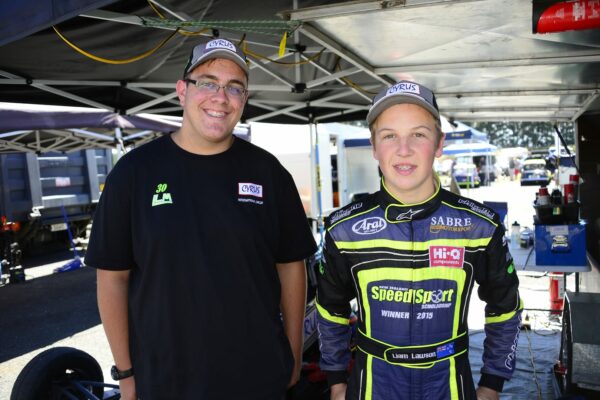 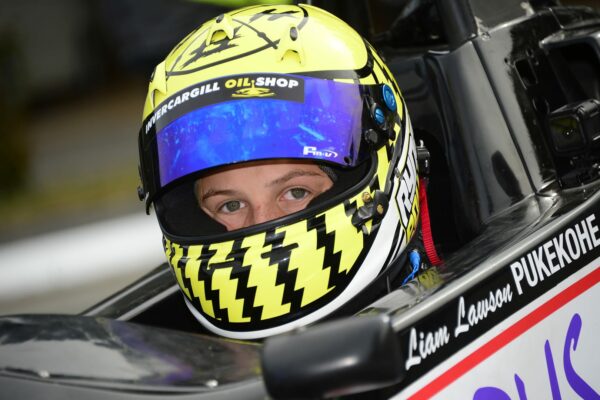 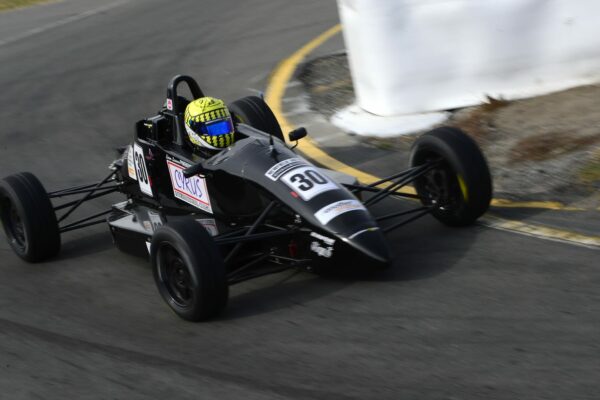 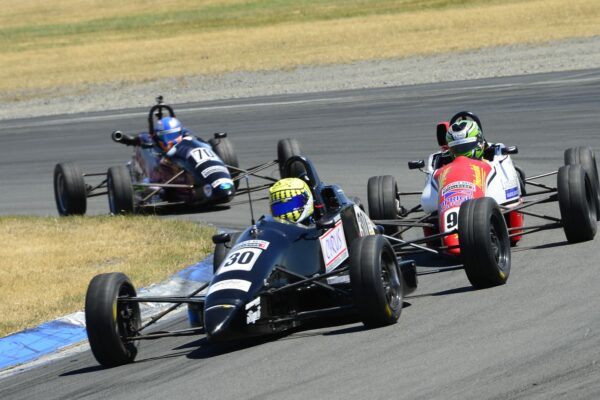 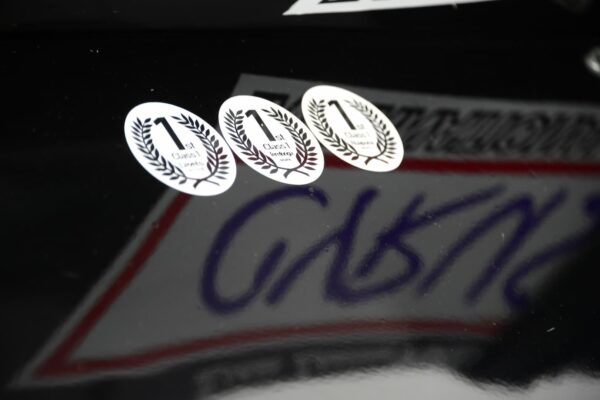 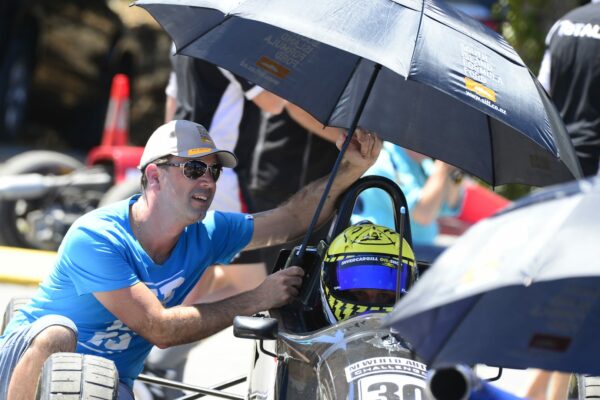 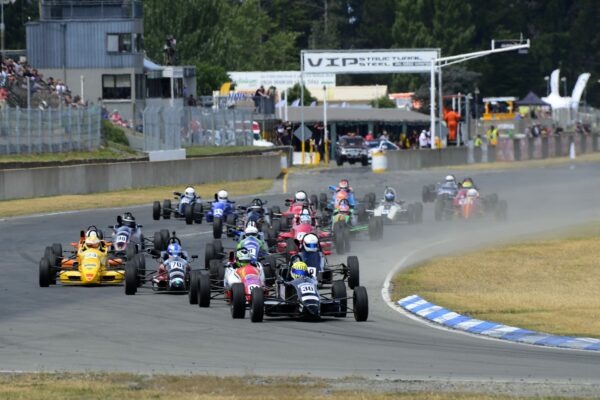 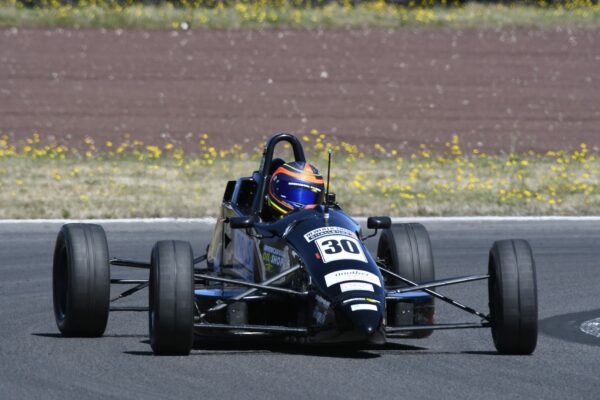 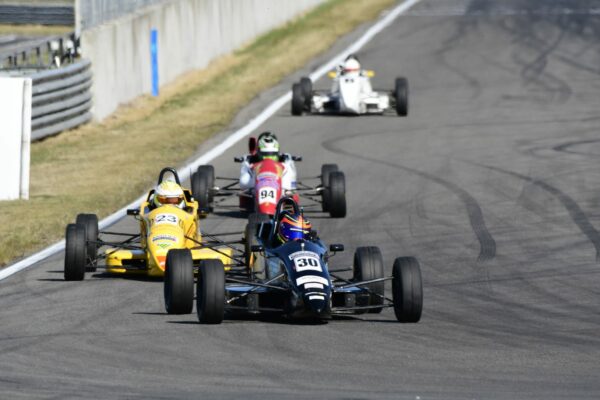 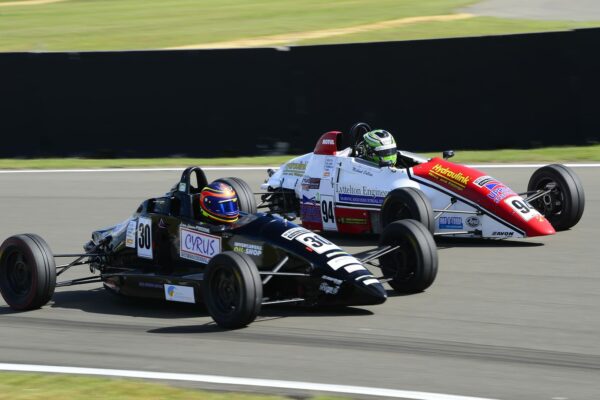 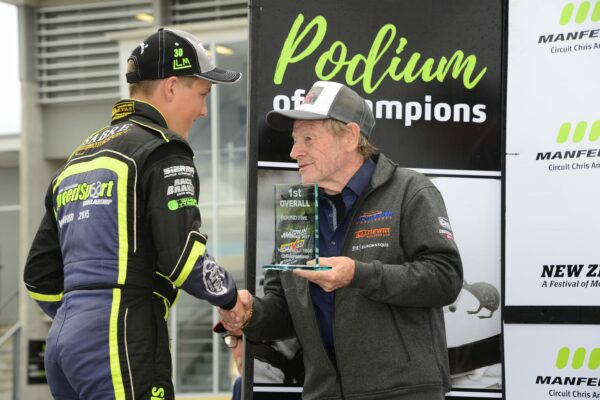 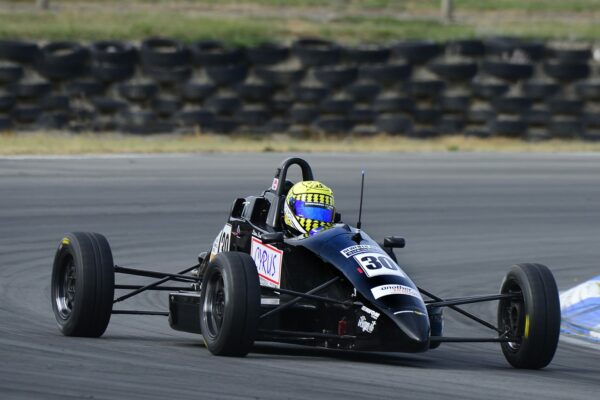 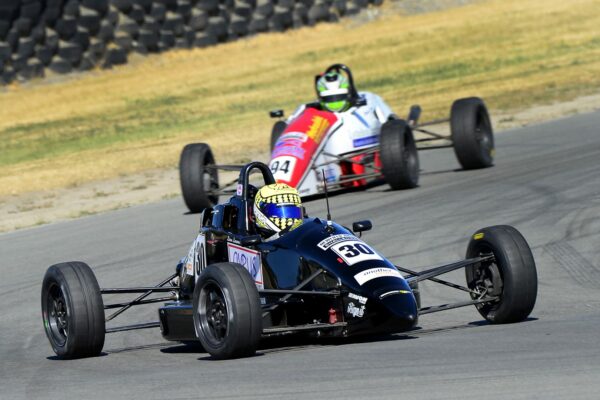