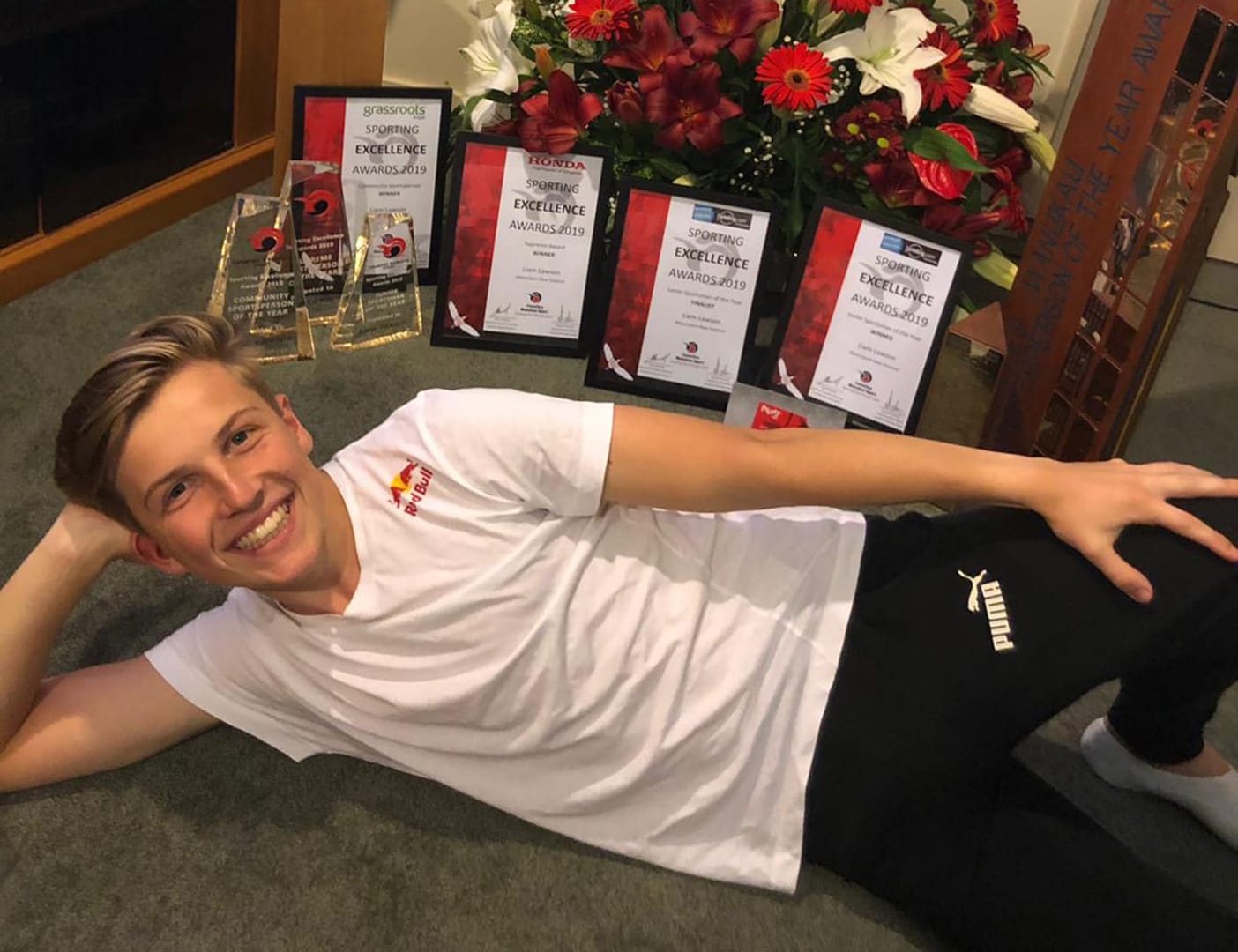 Liam Lawson won the supreme Sportsman of the Year Award at a gala event for Counties Manukau Sport last night.

As well as taking out the supreme award, Lawson, 17, was also awarded the top Junior Sportsman trophy and a new award, Community Sportsperson of the Year, for amateur athletes.

Initiated in 1992, Adams has won the top accolade the most, a remarkable 12 times with Barbara Kendall next, a four-time winner.

“I’m extremely honoured to win three awards, it was so unexpected,” said Lawson.

“I knew I was nominated for the Junior Sportsman but to take away the supreme award was a complete surprise.”

“A special thanks to Counties Manukau Sport and Honda New Zealand for hosting a great event.”

Lawson had another stellar year abroad after being signed as a Red Bull Junior Driver at the start of the year, finishing runner-up and Rookie of the Year in the Euroformula Open championship and collecting podiums in the all-new FIA F3 category.

The Pukekohe teen has now finished runner-up in 3 of the 4 international championship he’s contested in the last three years.